My recent efforts to restore Aiwa TP-S30 failed miserably! Before giving up on Aiwa Walkmans I decided to check if Aiwa later models are as difficult as their first one. HS-P202 MkIII looks beautiful and has decent specs, perfect candidate for restoration. 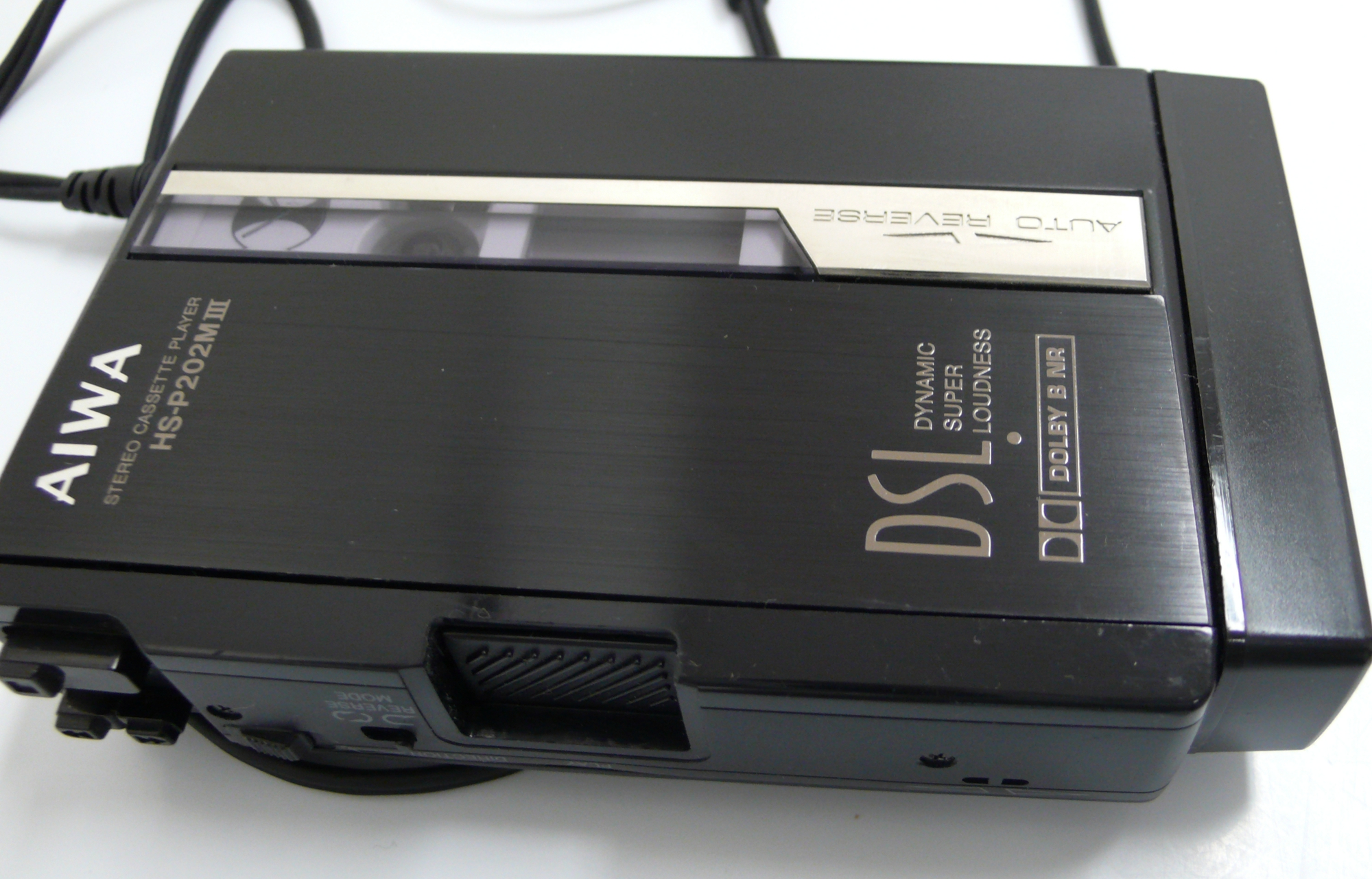 The first pleasant surprise is that MkIII model does not have any of those horrid Aiwa PB-1 batteries, it runs off 2V AC/DC adapter or two AAA batteries in the add-on “gondola”. There is NO battery inside the Walkman itself!!! This is a mystery to me: full-metal Walkman with flimsy plastic battery holder without which this model cannot be portable. What were AIWA designers thinking (or rather drinking)?!?

the bottom plate is held in place by two M1.4 screws and by the clip at the Play-button side:

Even knowing about this clip, I would suggest opening the bottom inside a plastic bag: tiny knobs for the slide-switches (DSL, Dolby,  CrO2) are eager to fly! its a Miracle I found them all!

Changing the belt is a 5-sec job on this model, there is a friendly cutout on the main board to do so: 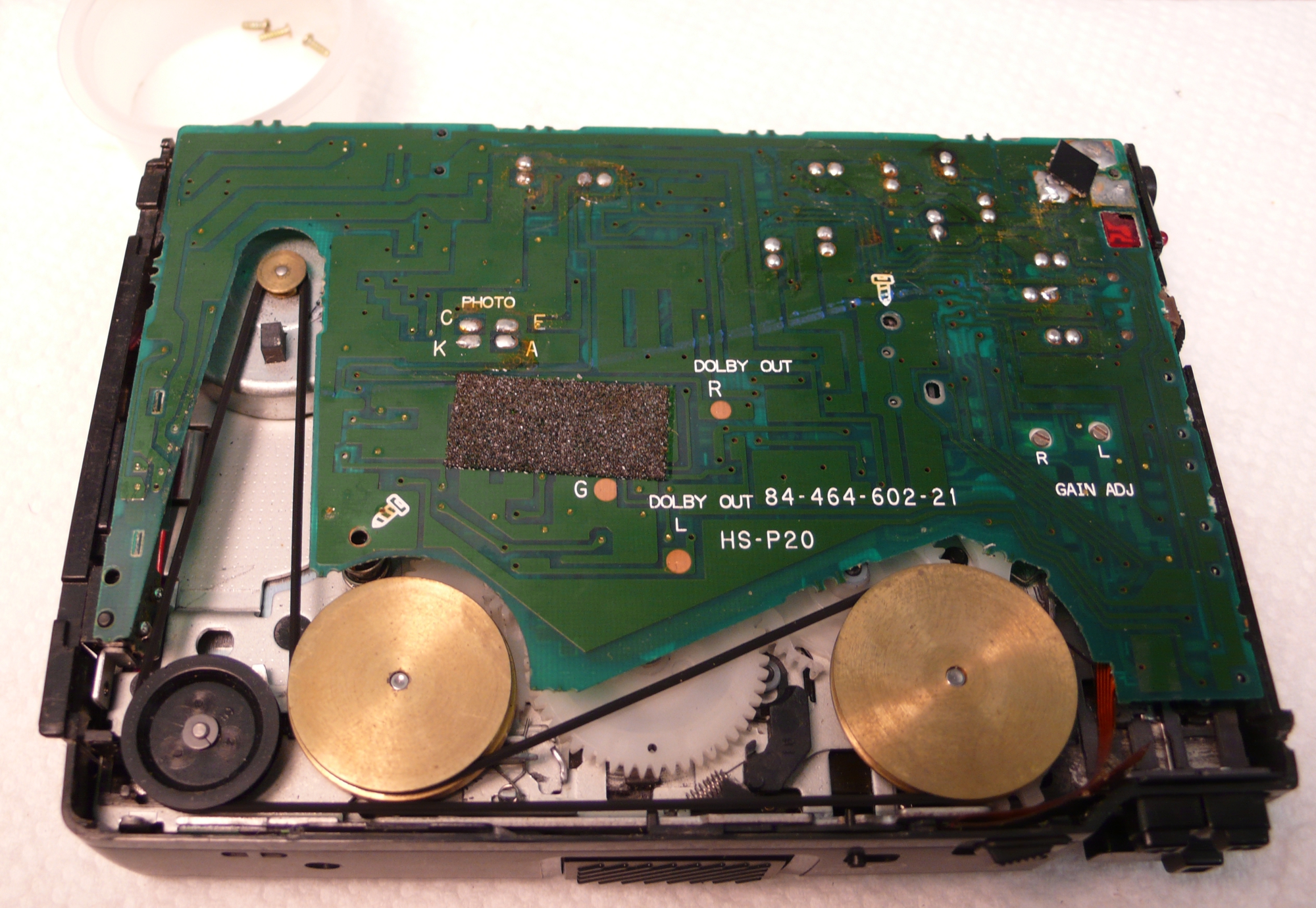 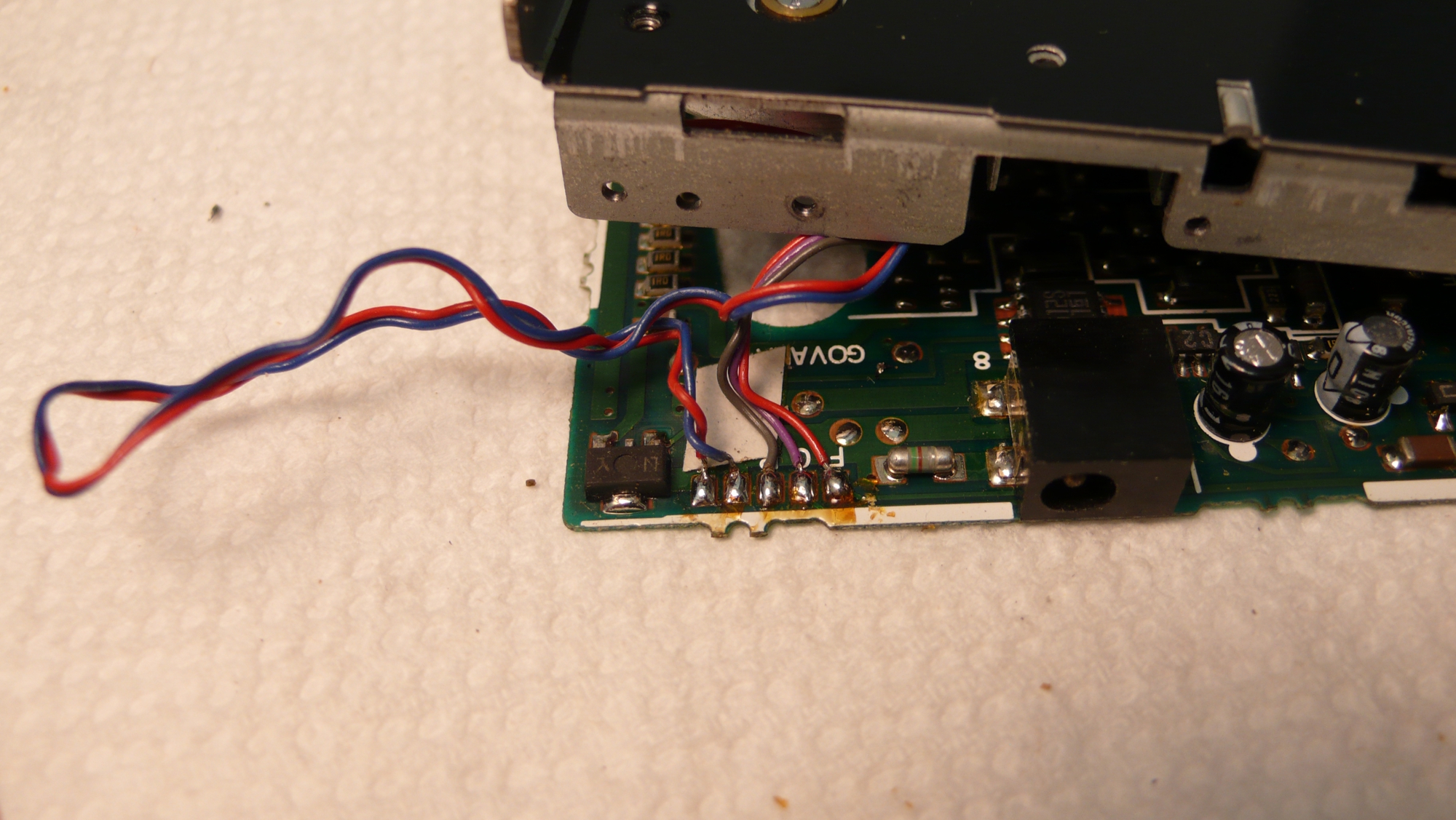 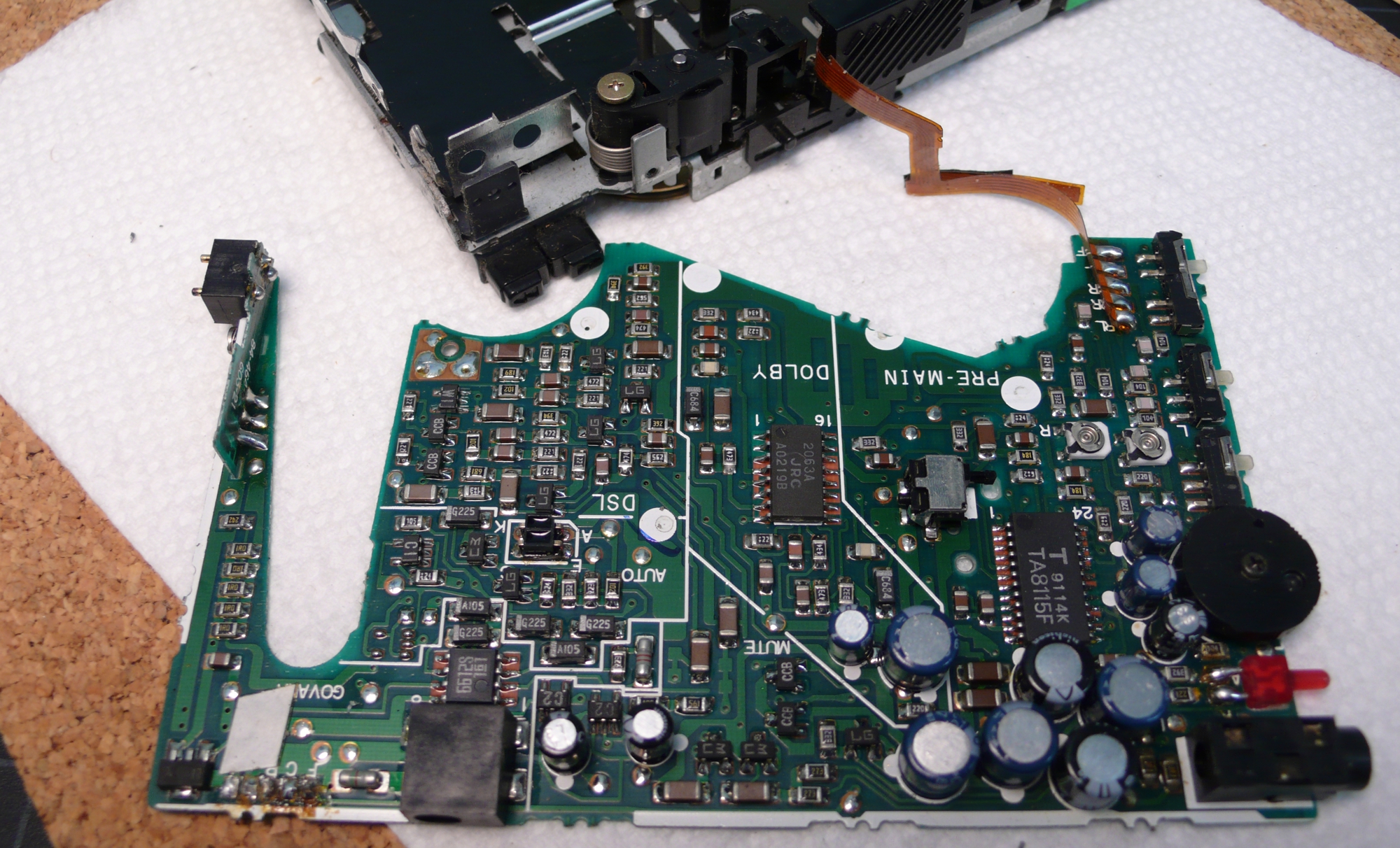 two 330uF/2V electrolytics are dead (2V rating was not enough here!). To be on the safe side, I did full recap for a set of fresh Rubycon capacitors. Cleaned board: 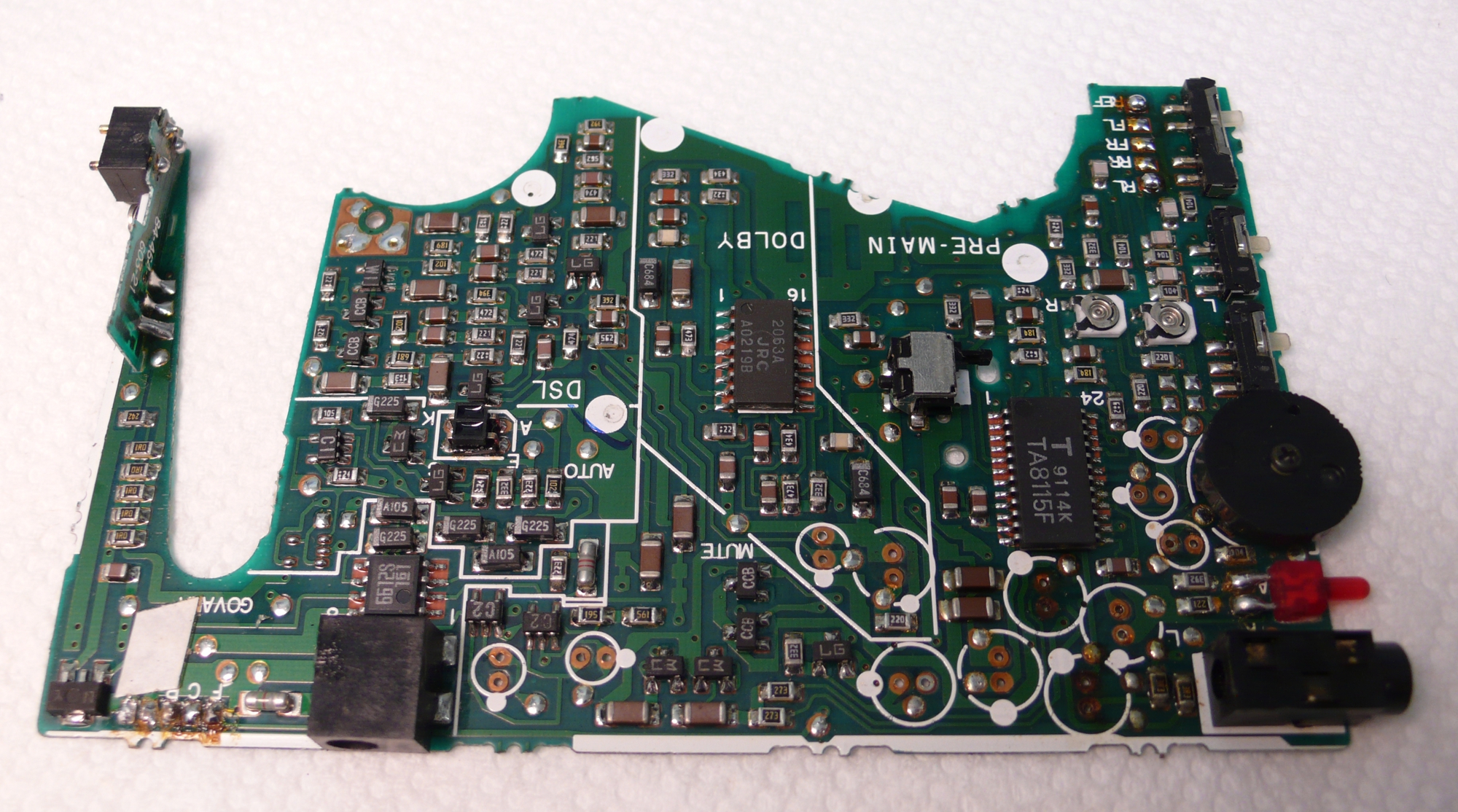 Recapped, except for two 330uF caps, none of the existing “through hole” caps fit in such a tight space (6.5mm dia, 7mm high max): 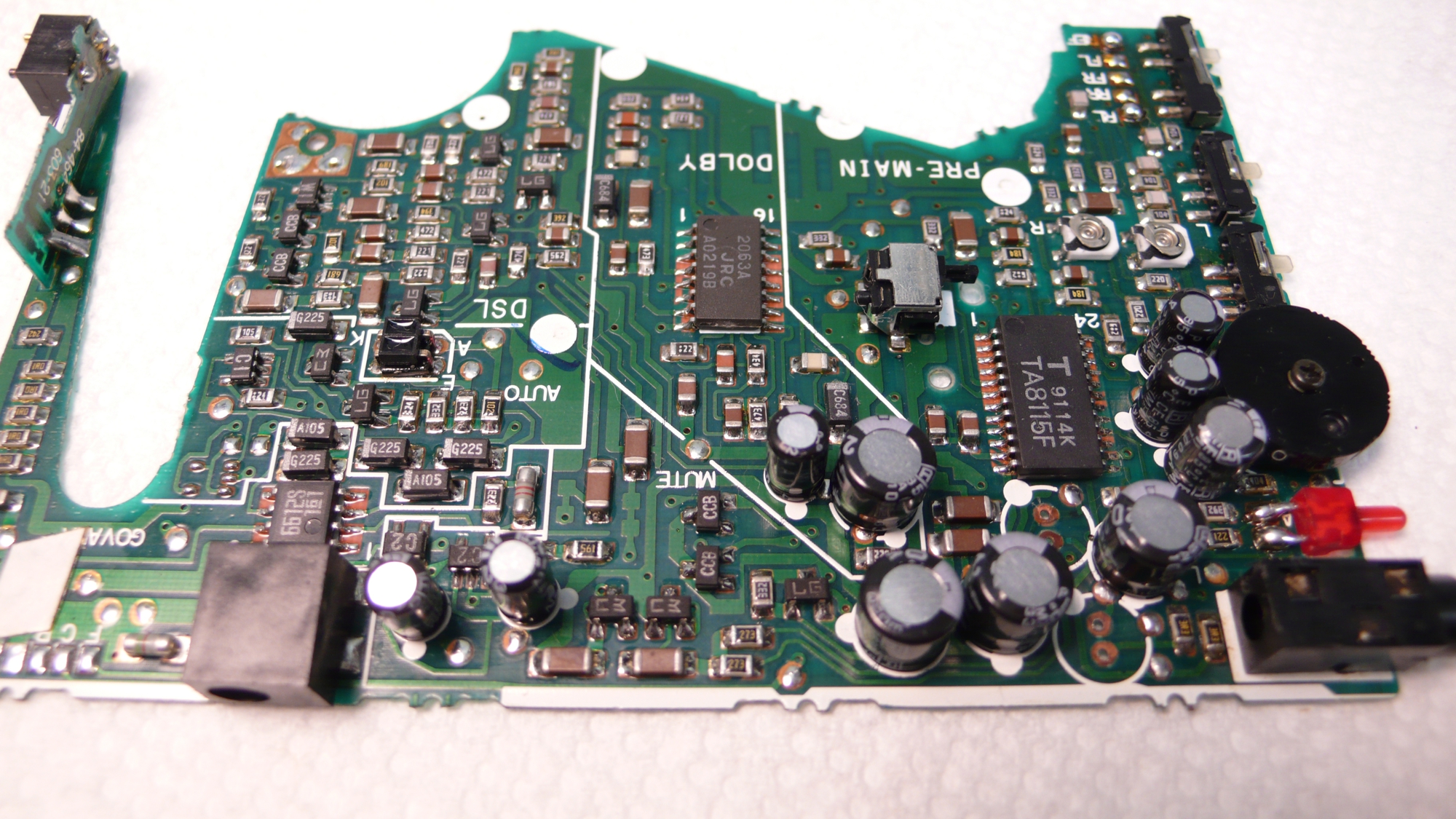 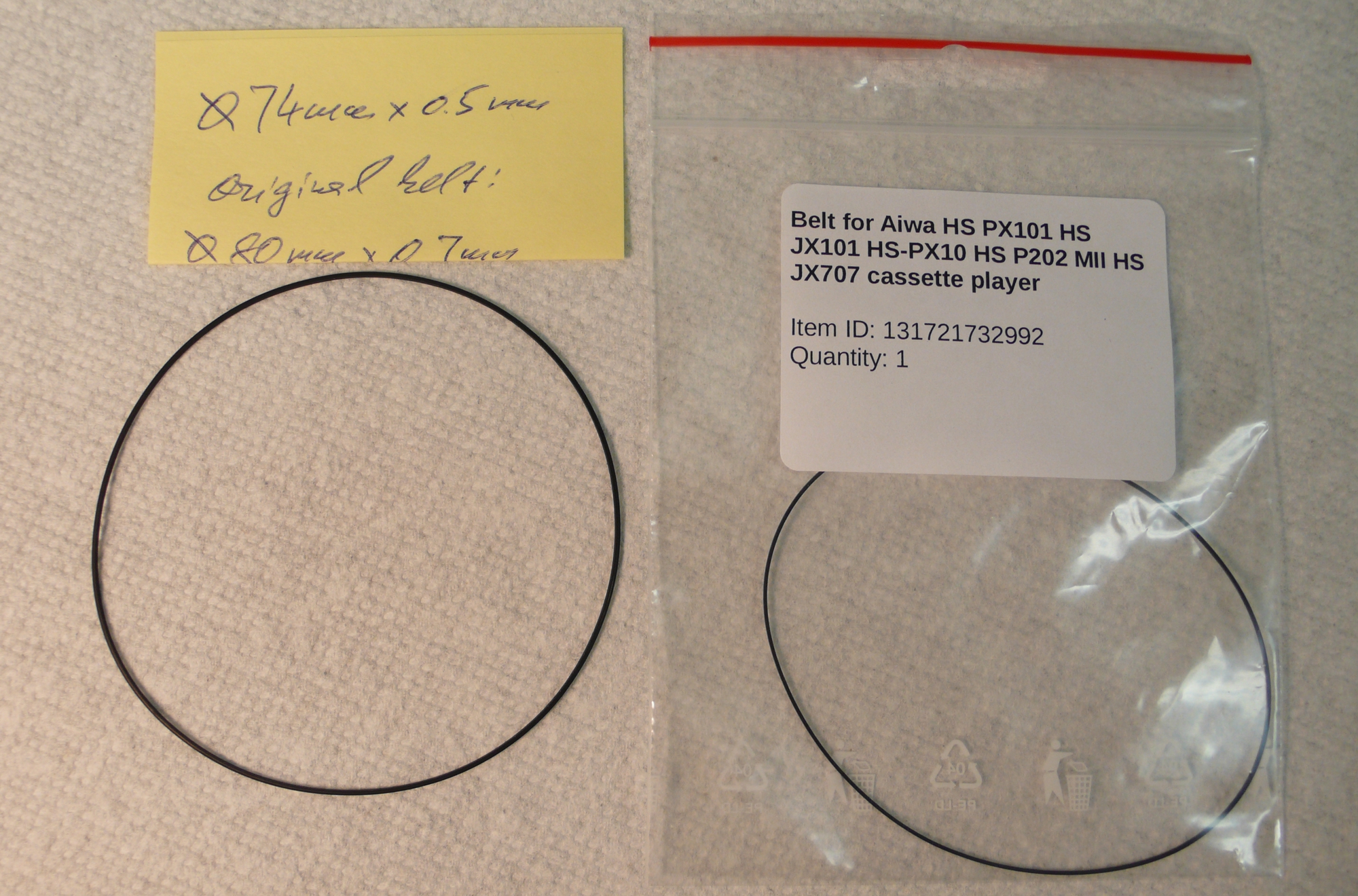 masking the window before polishing: 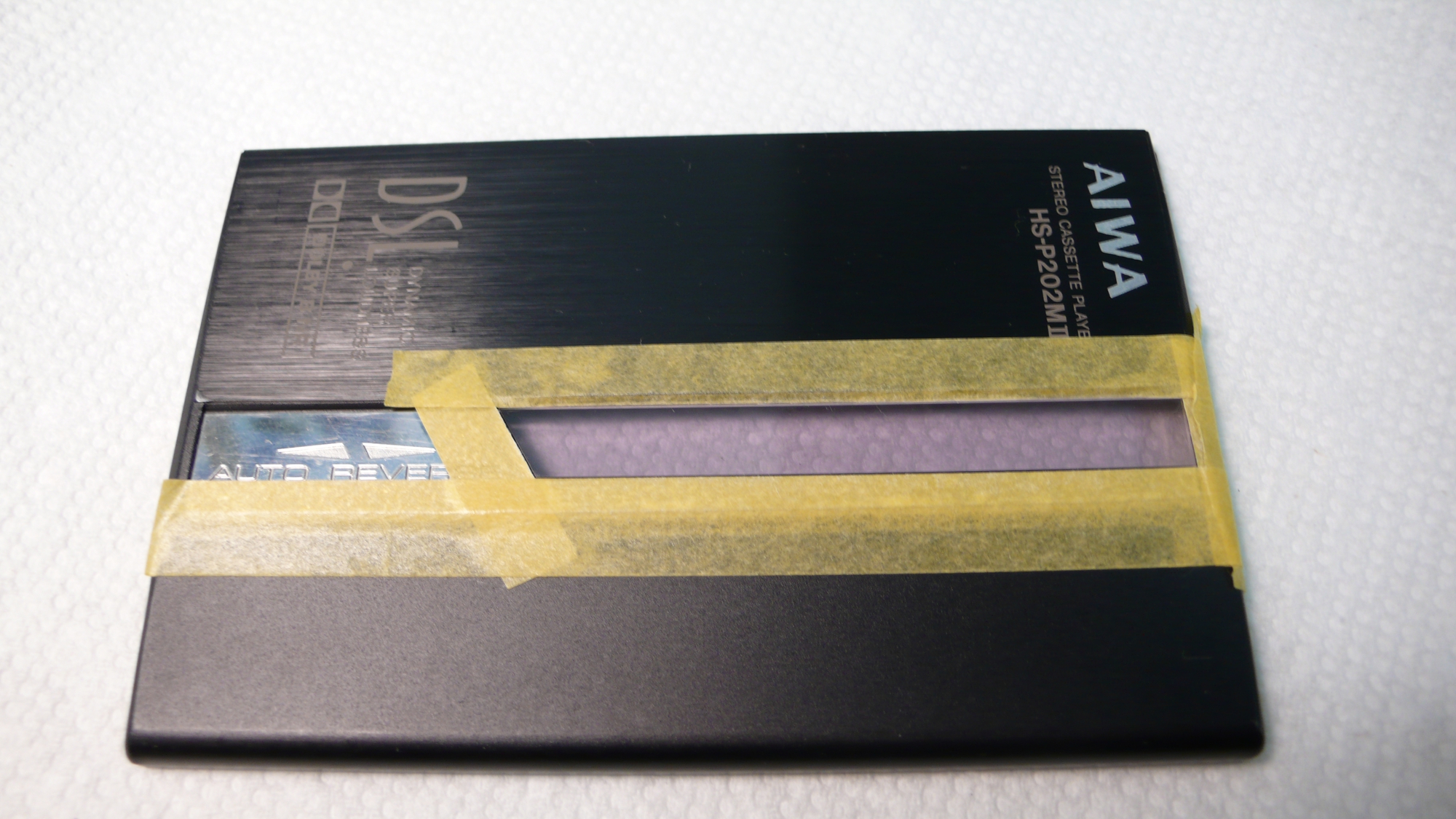 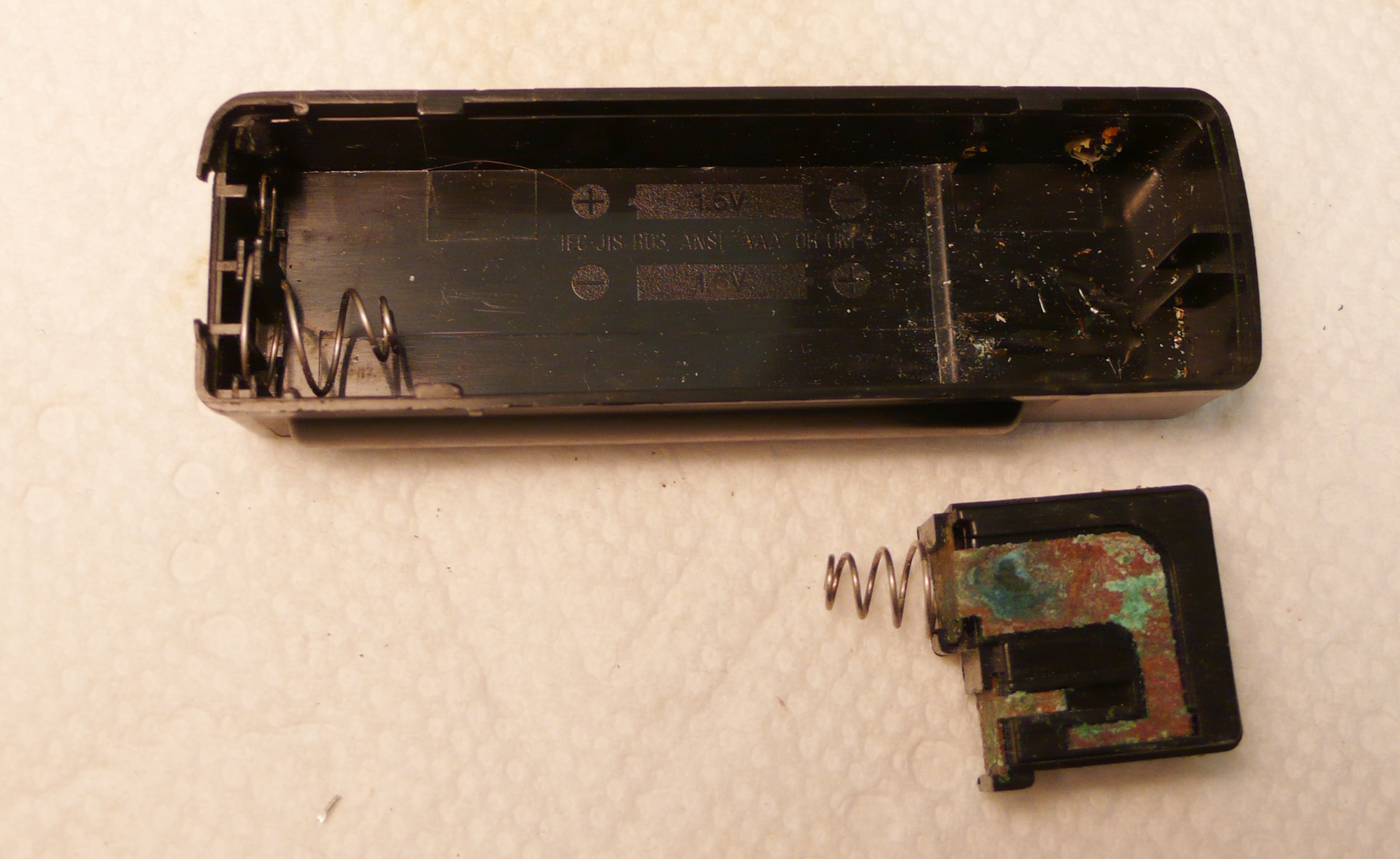 to use extra space for an extra 470uF smoothing capacitor is totally brilliant! 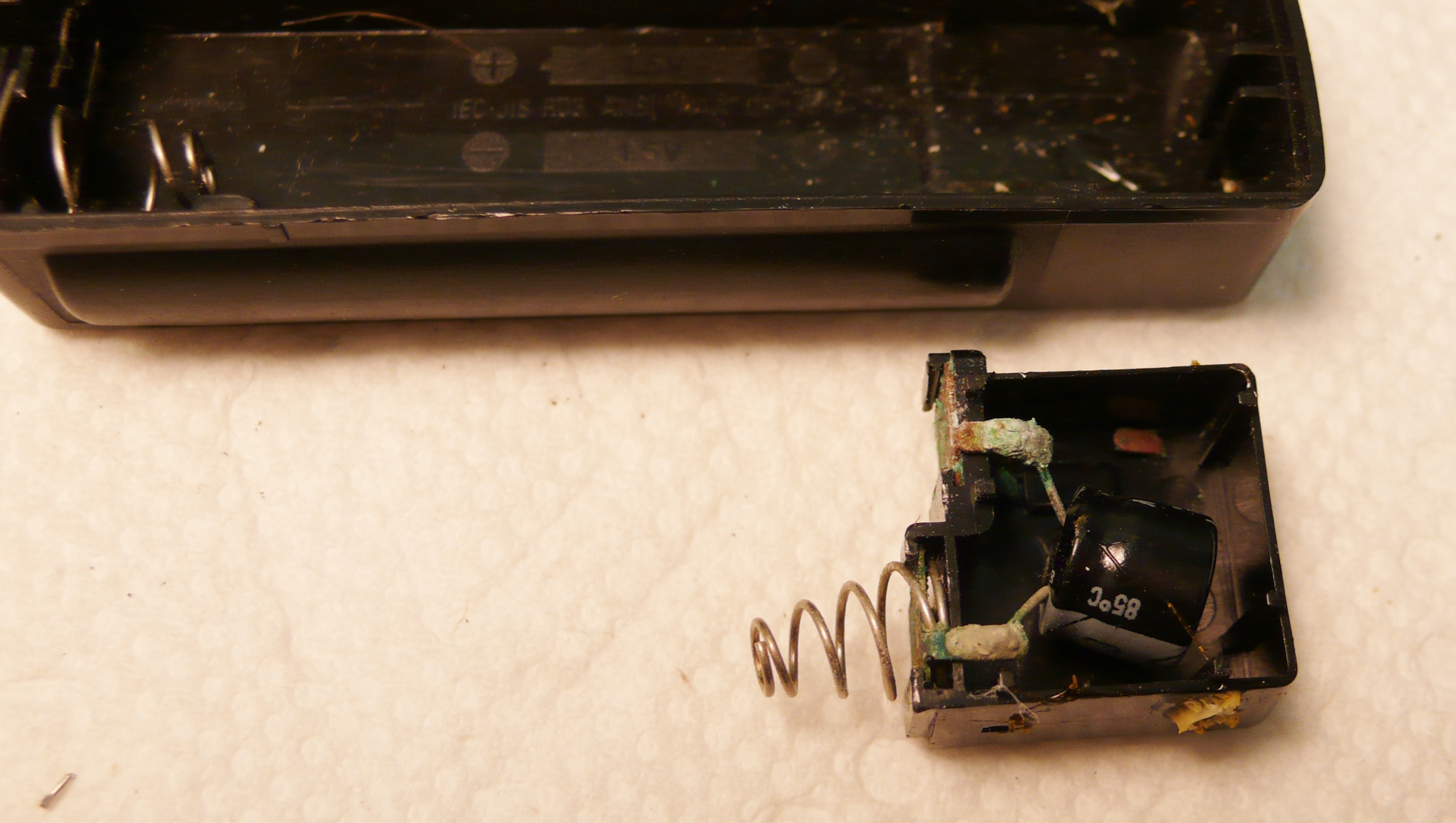 Revived Aiwa sounds crisp and strong (15mW into 32 Ohm x2 is very-very good!!), measures better than anyone would expect from a non-DD Walkman: 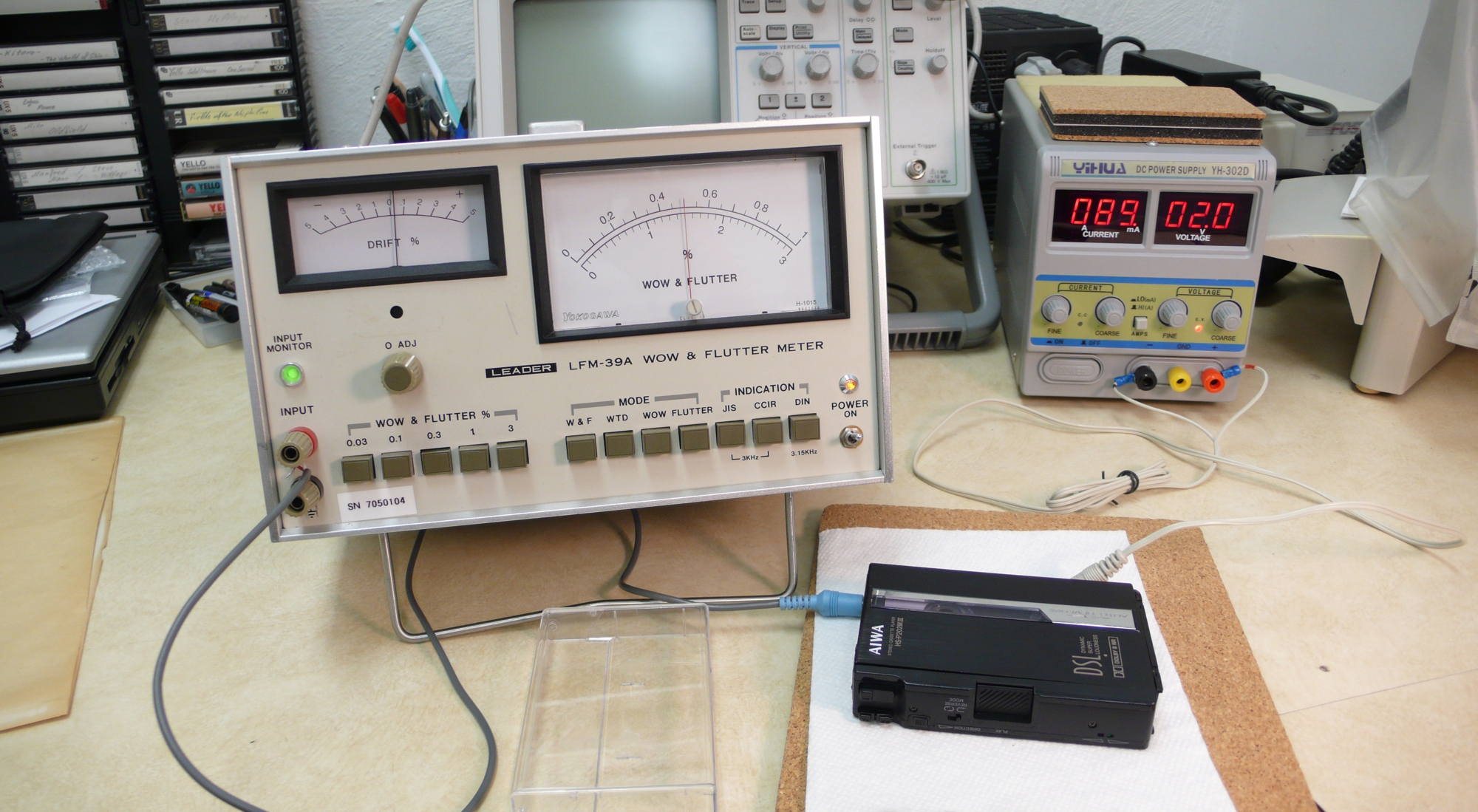 Its only at this point I realized that there is something wrong with my Aiwa. It has Stop/Eject button, also a hook, but there was no latch on the lid to make use of this feature. The leaf spring was flattened by the previous owner so that lid stayed close even without a latch.

My neighbor sent me a photo of the missing latch, time to do some metalwork: 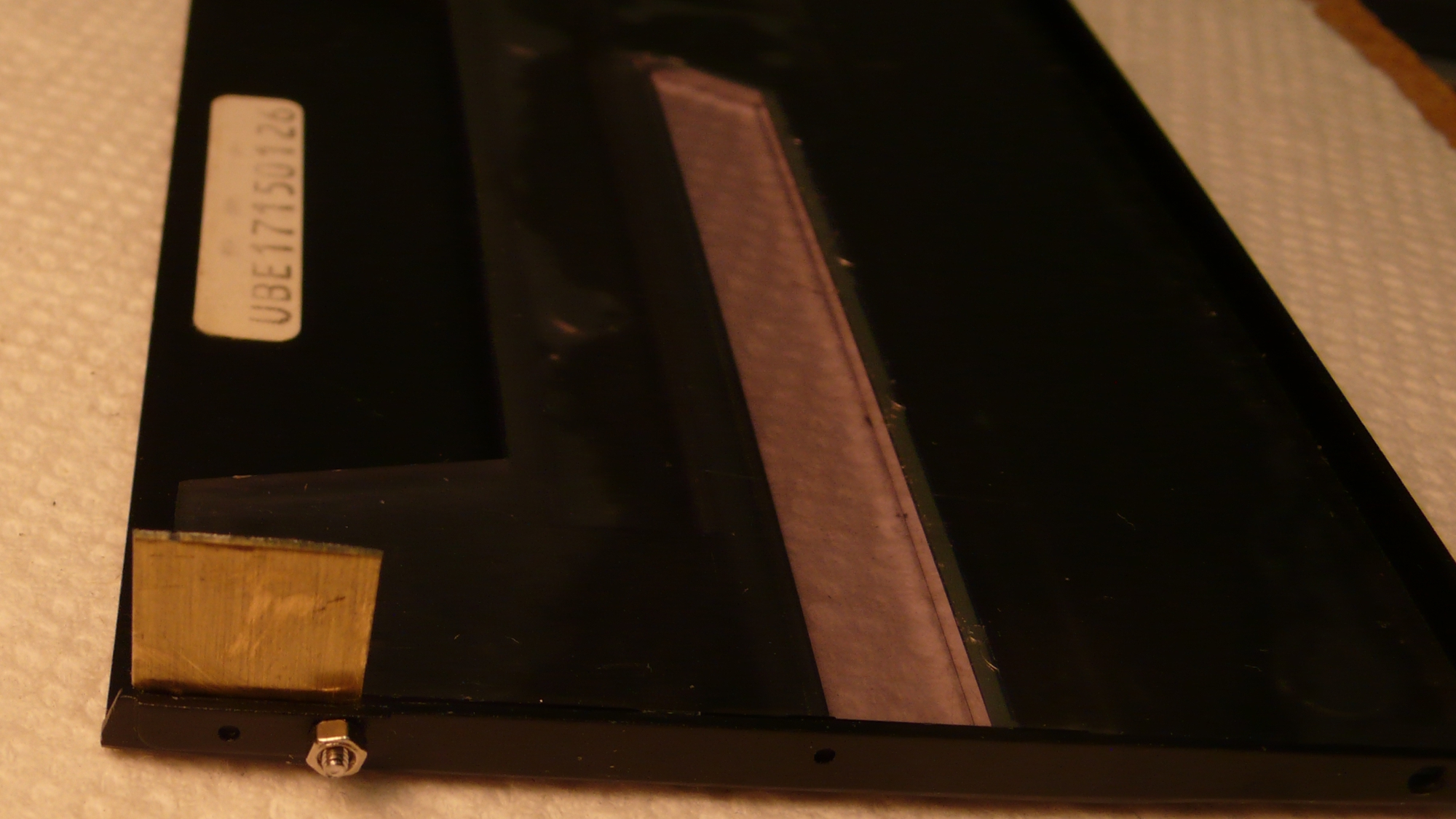 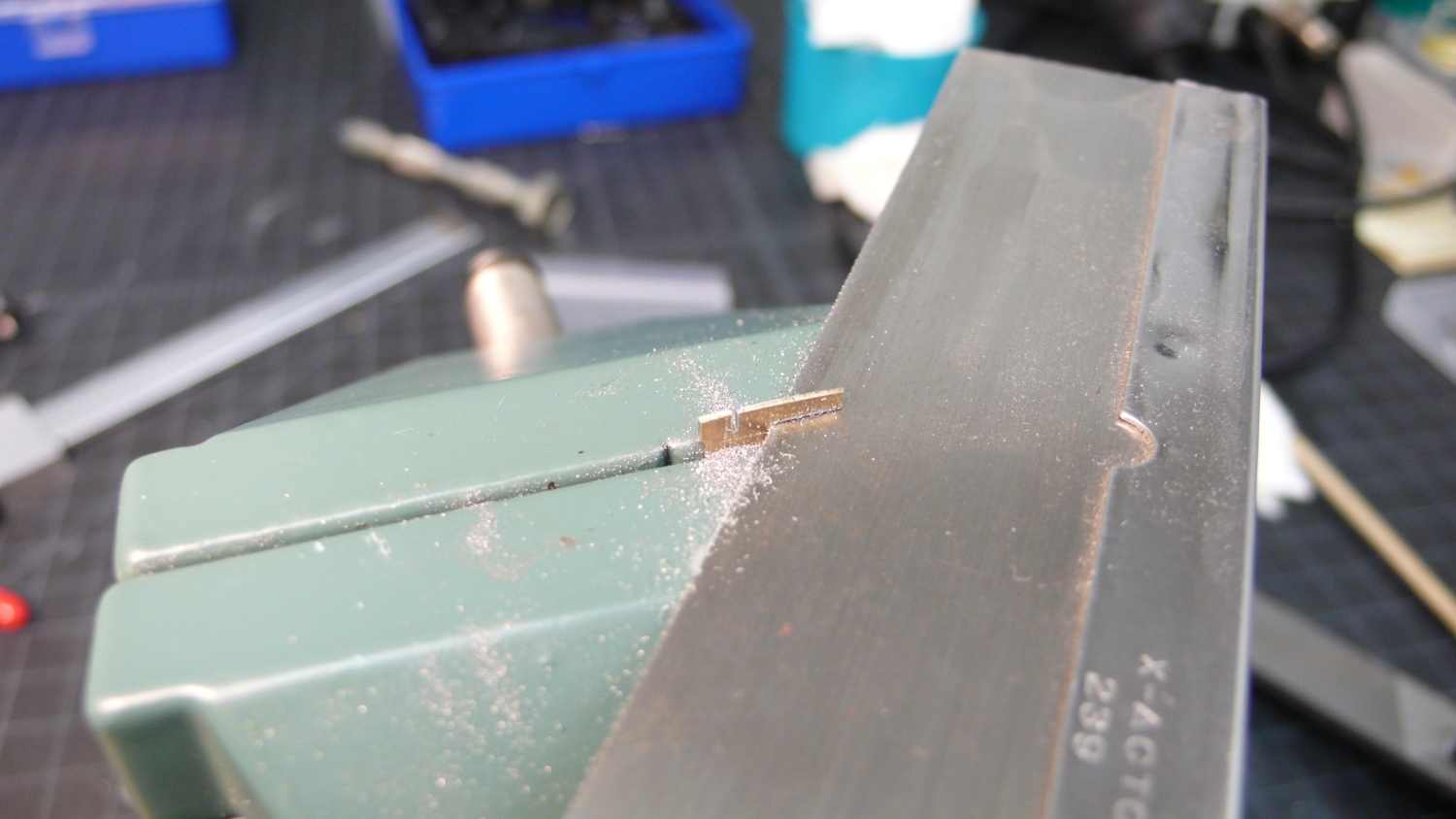 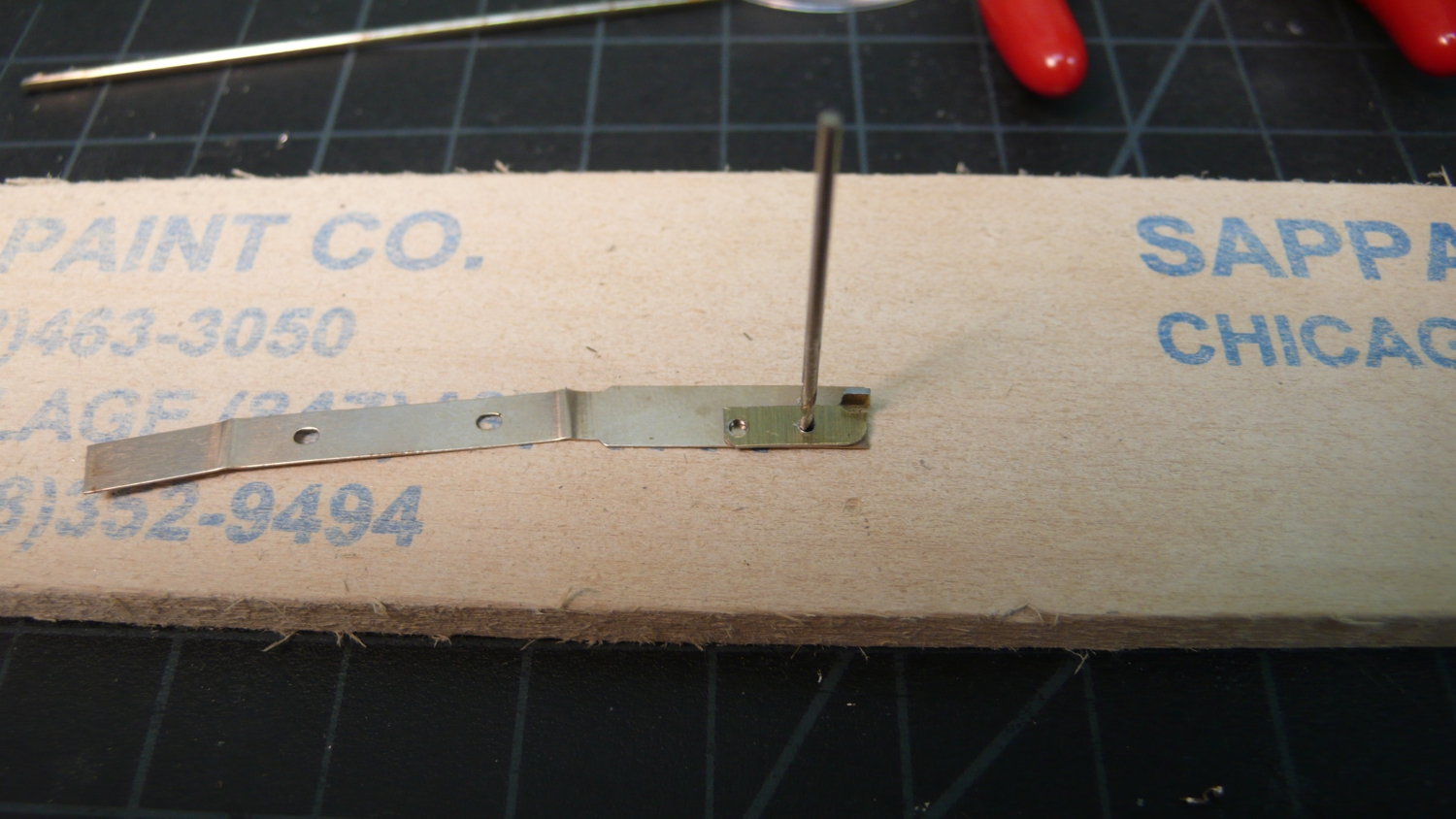 Third attempt was a charm: 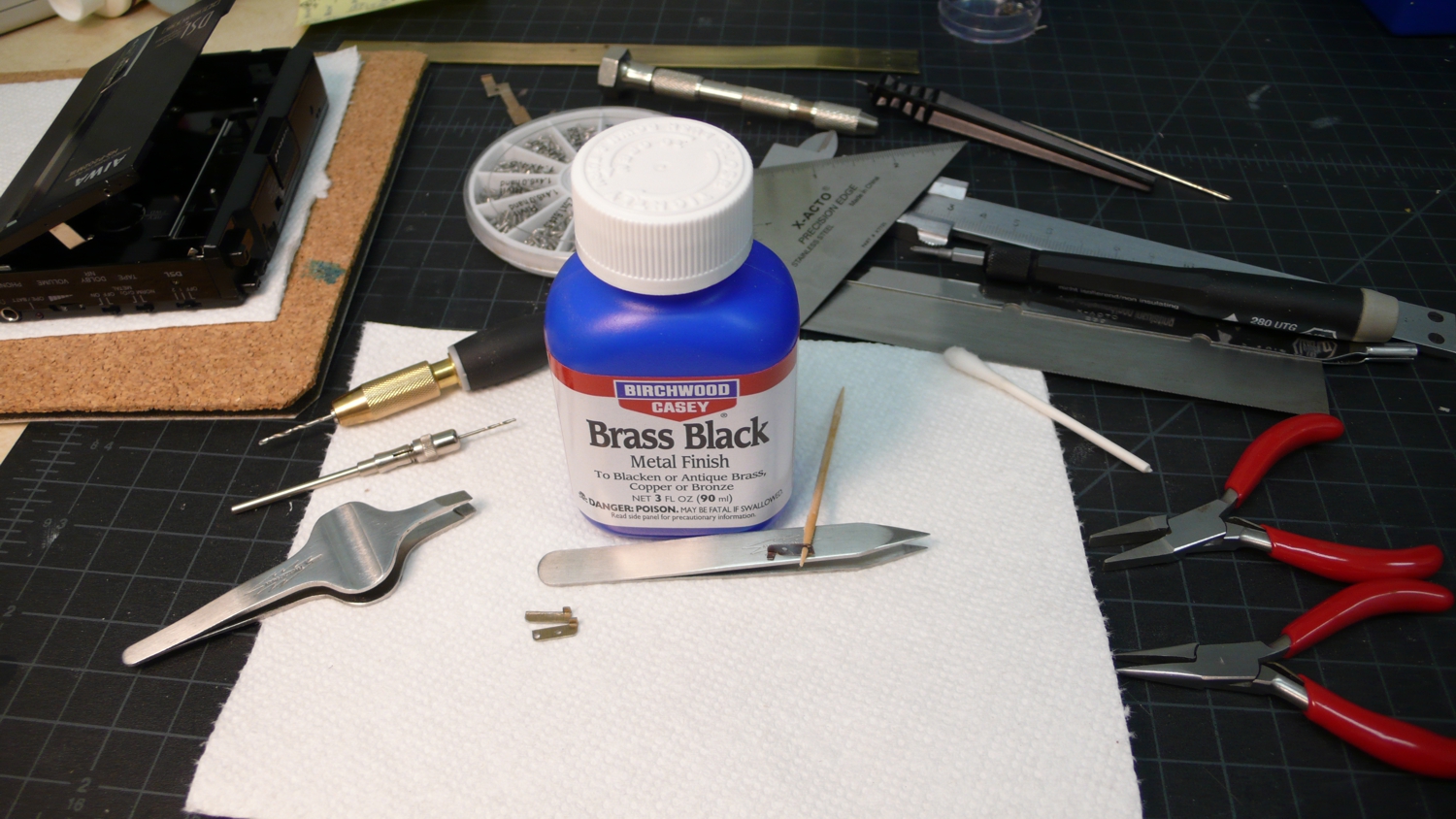 AIWA HS-P202 MkIII in all its beauty: 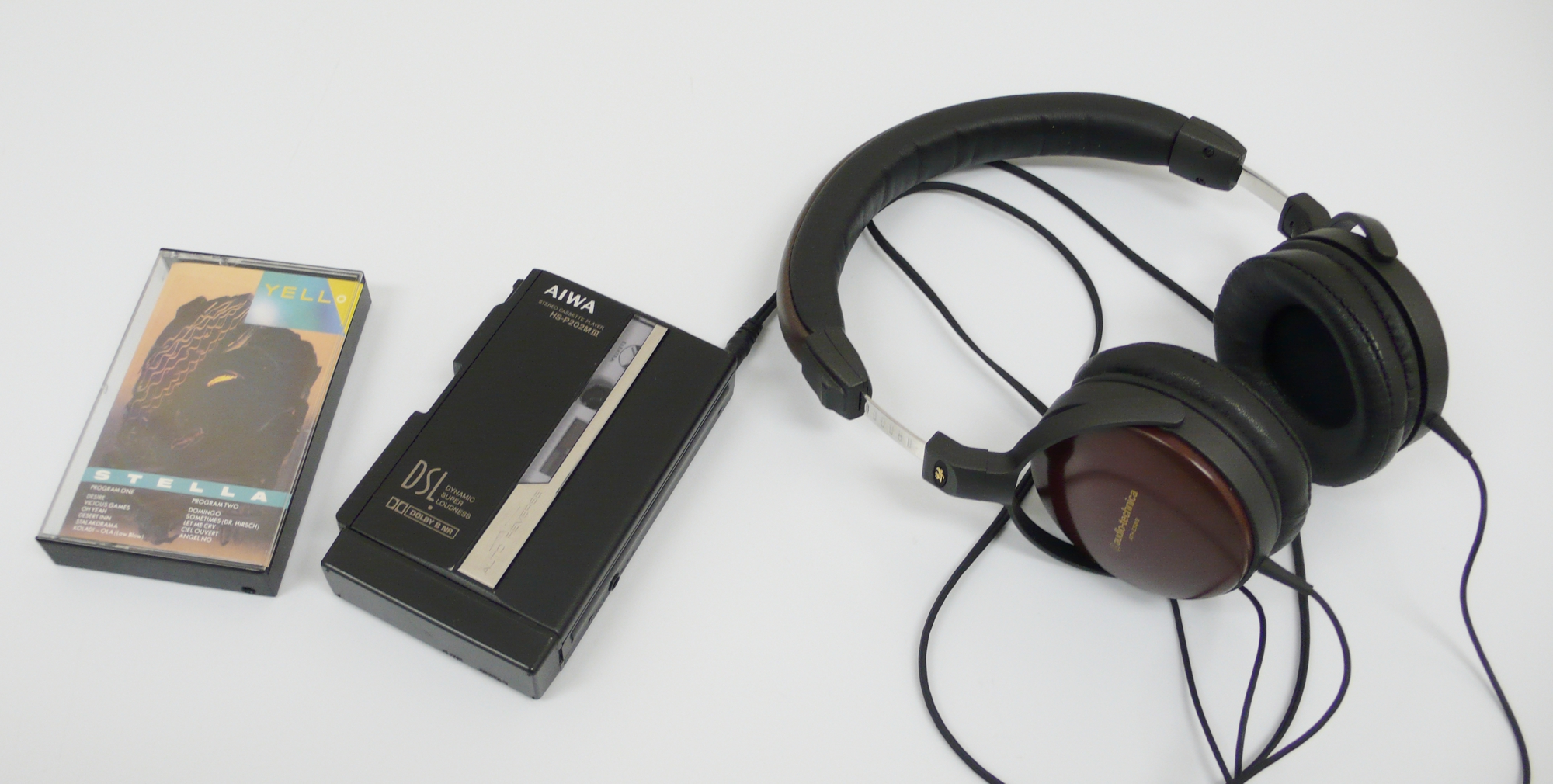 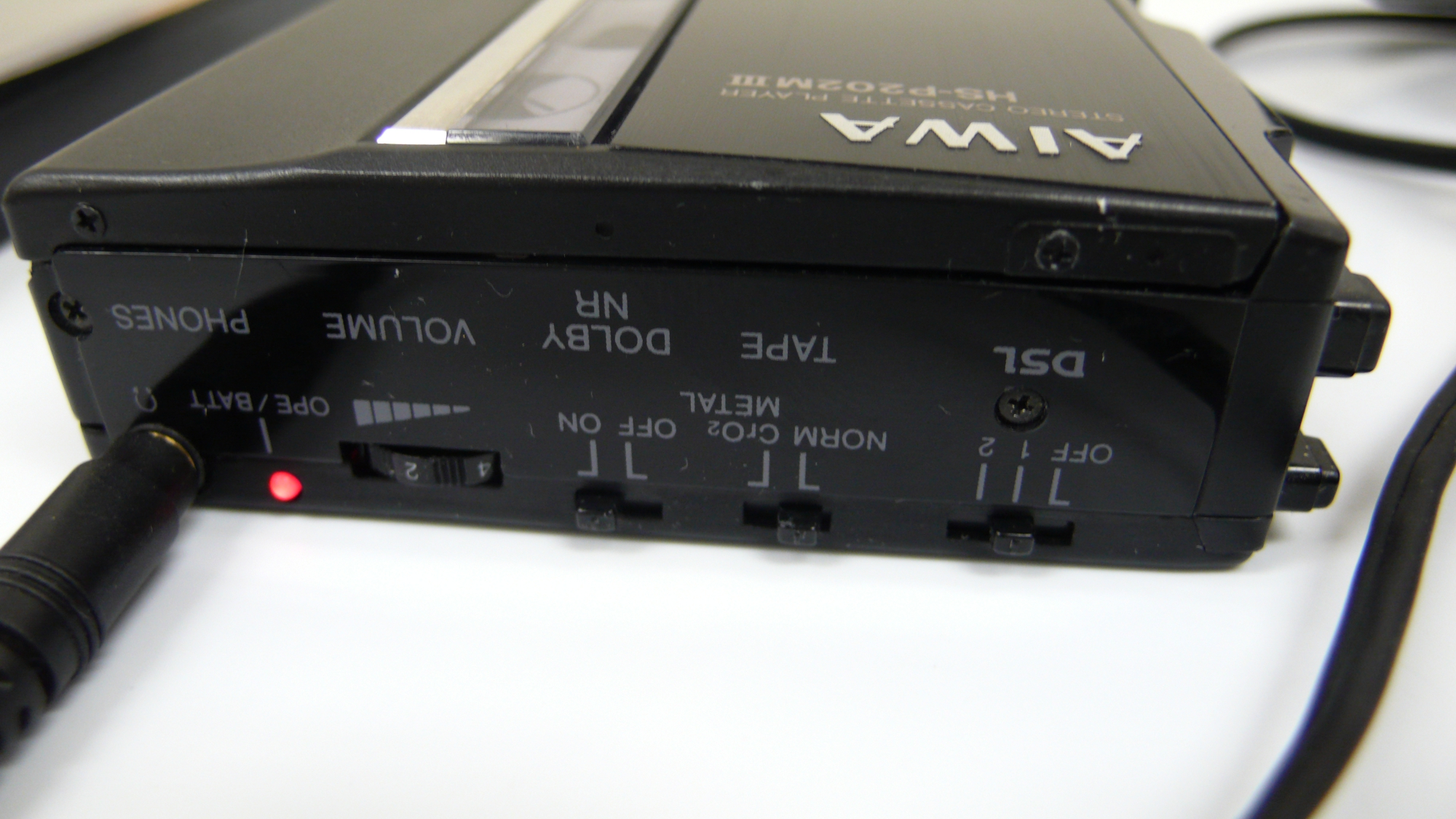 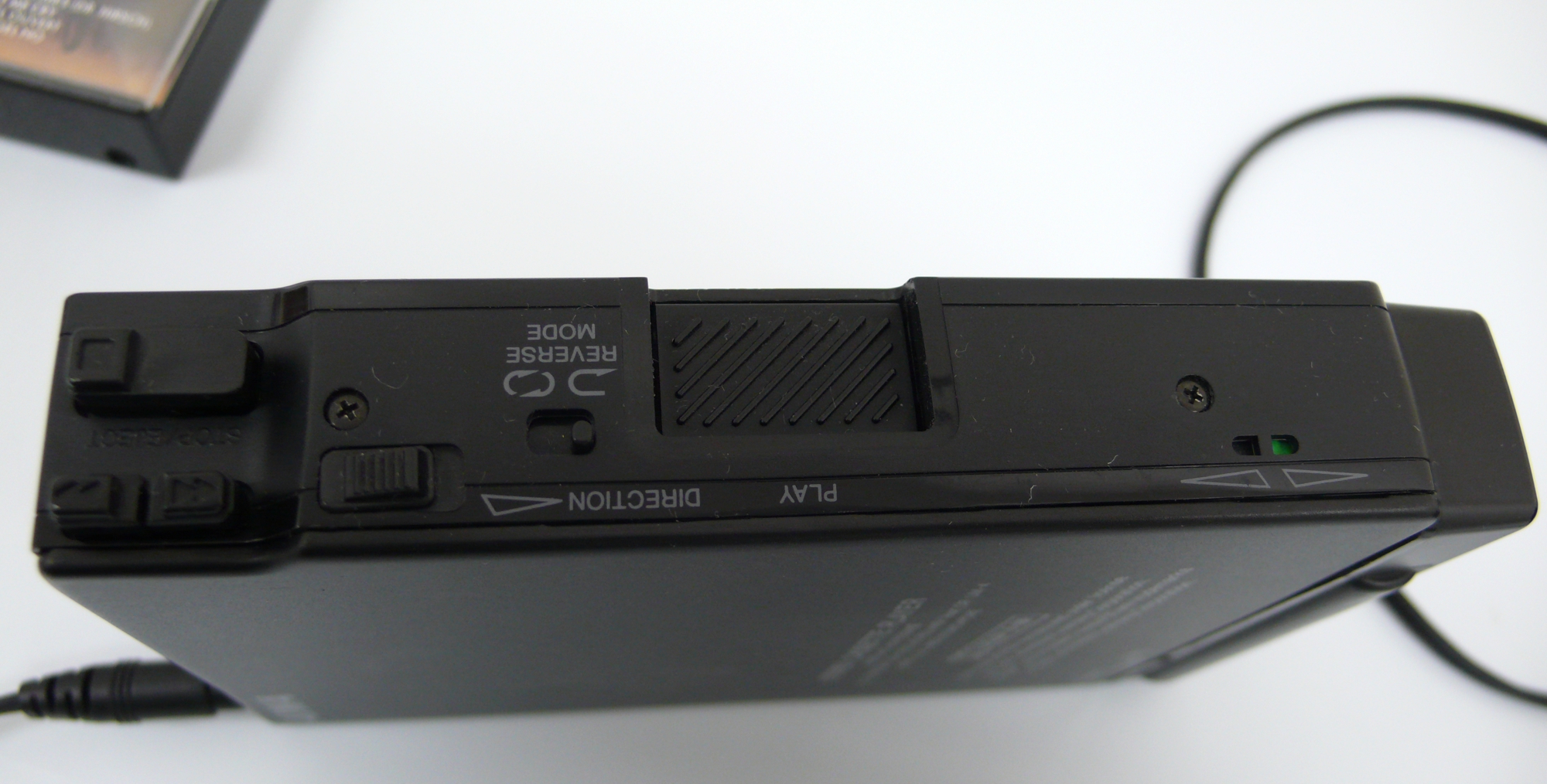 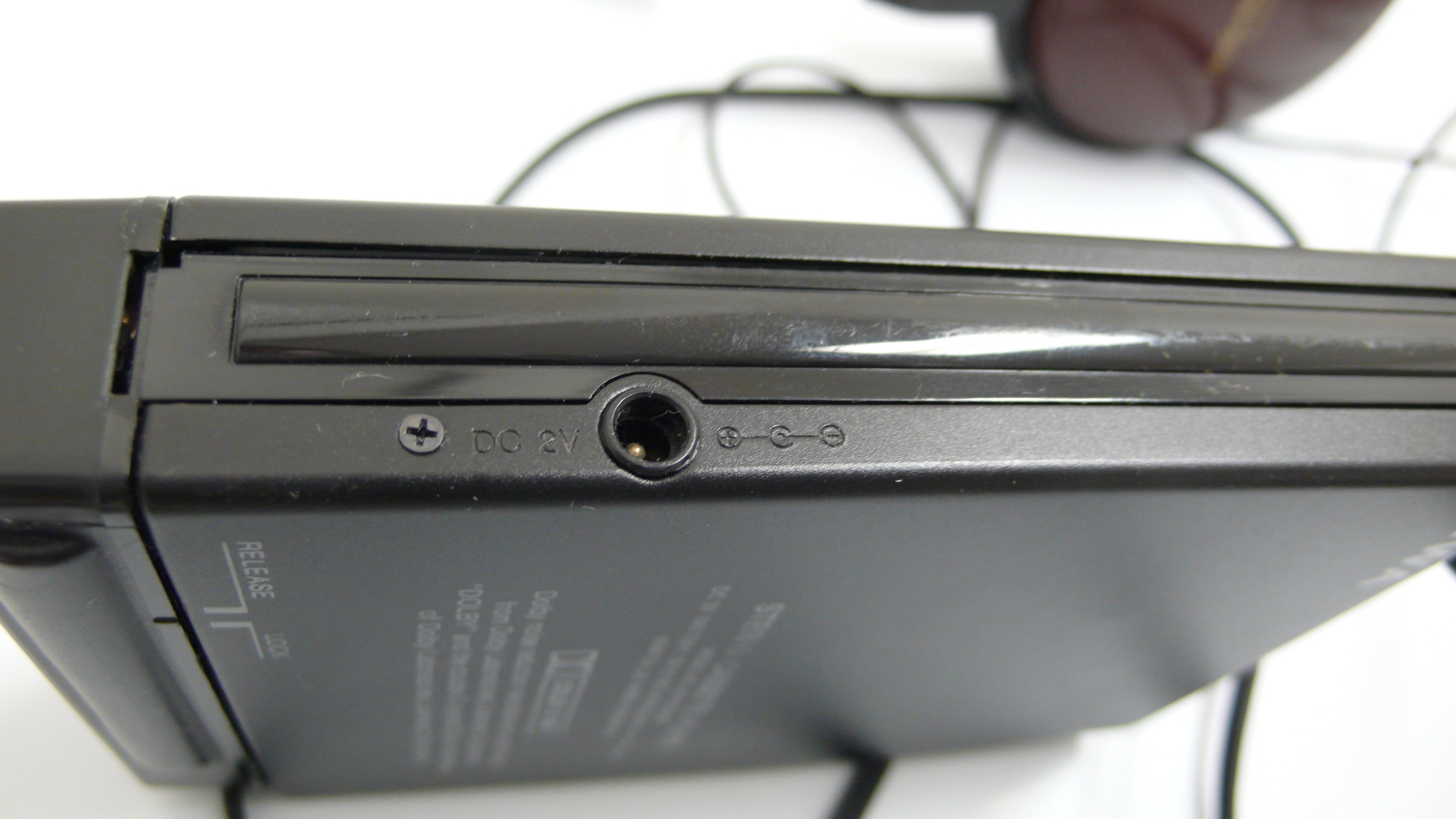 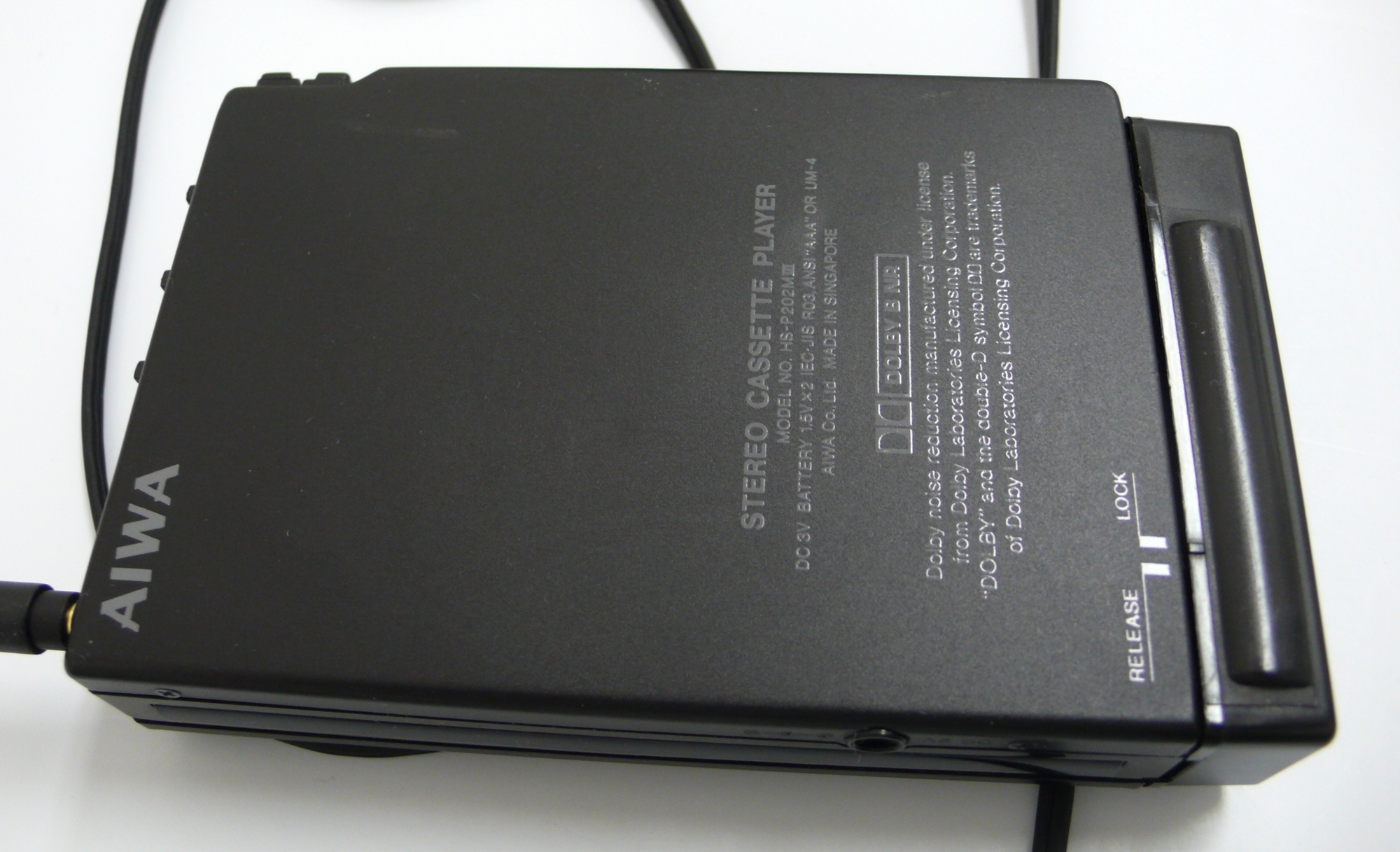 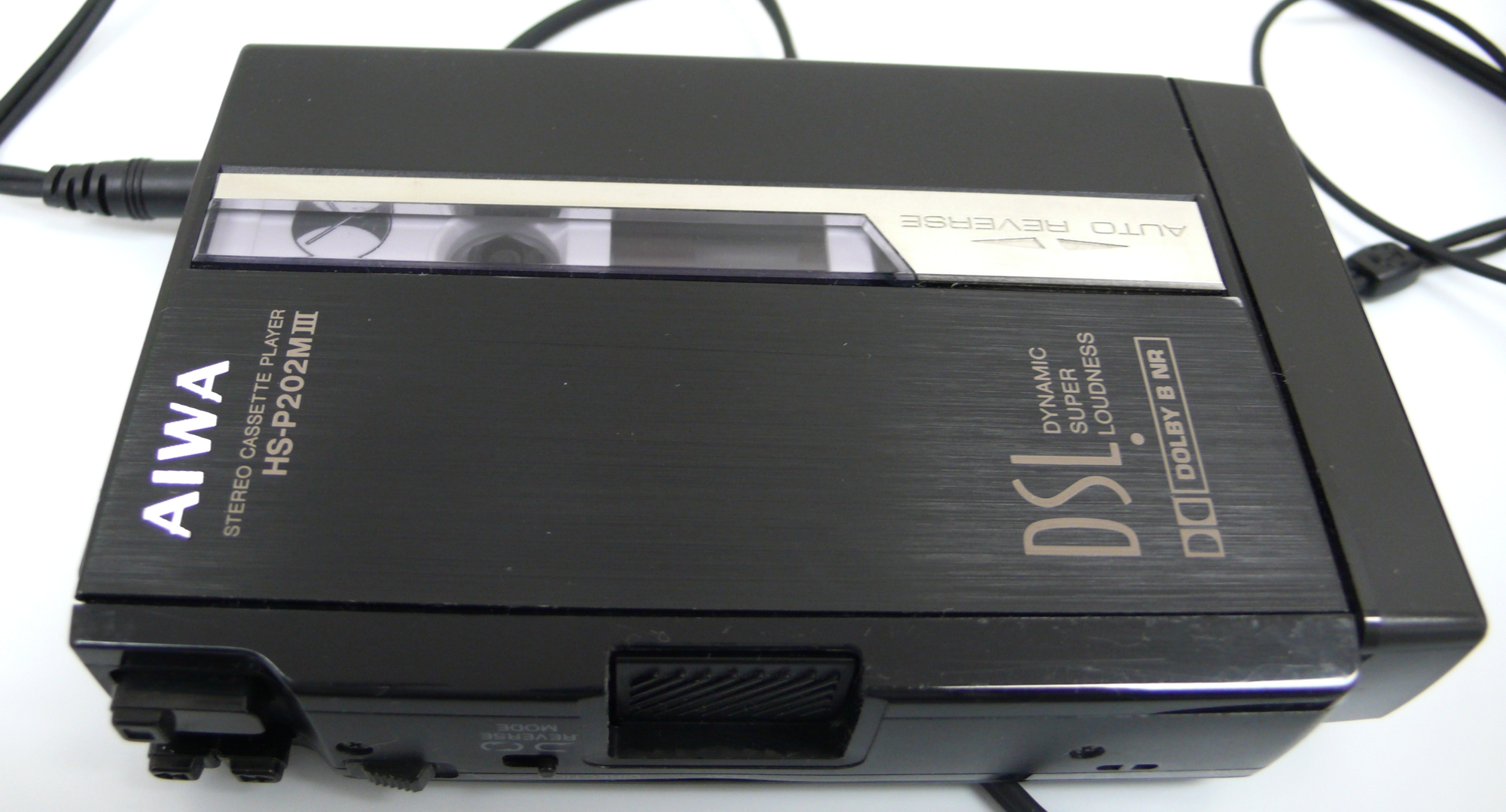 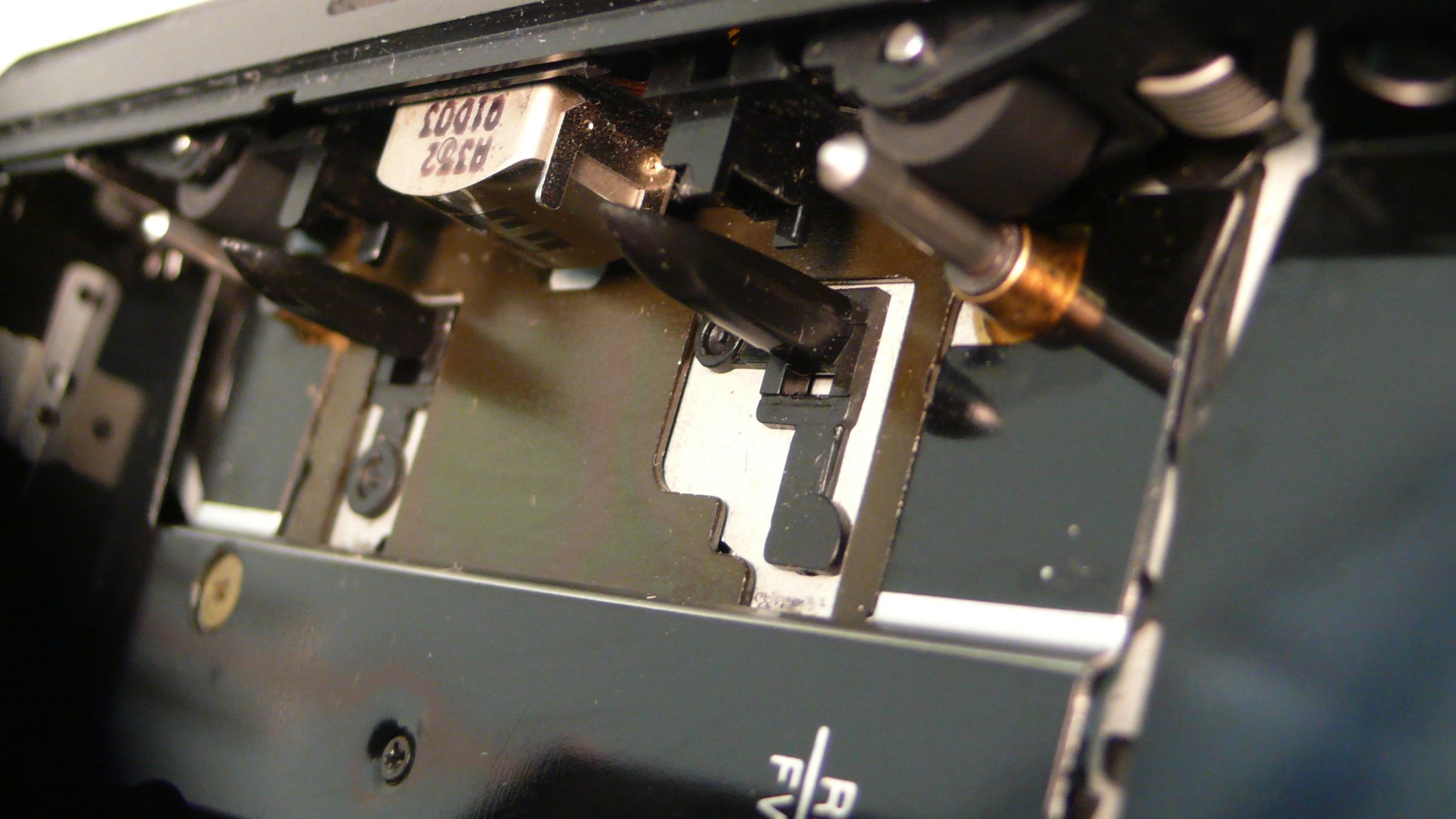 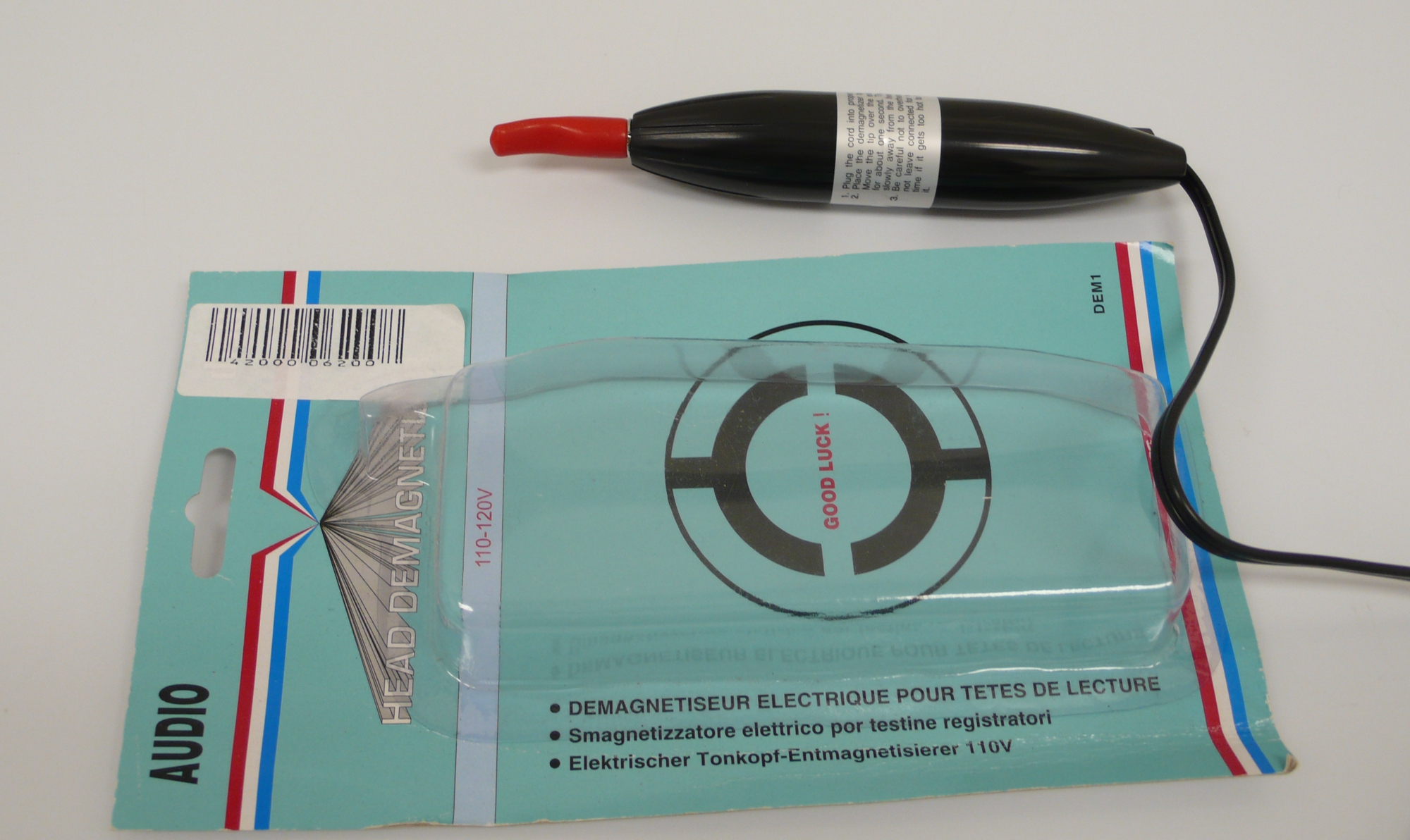