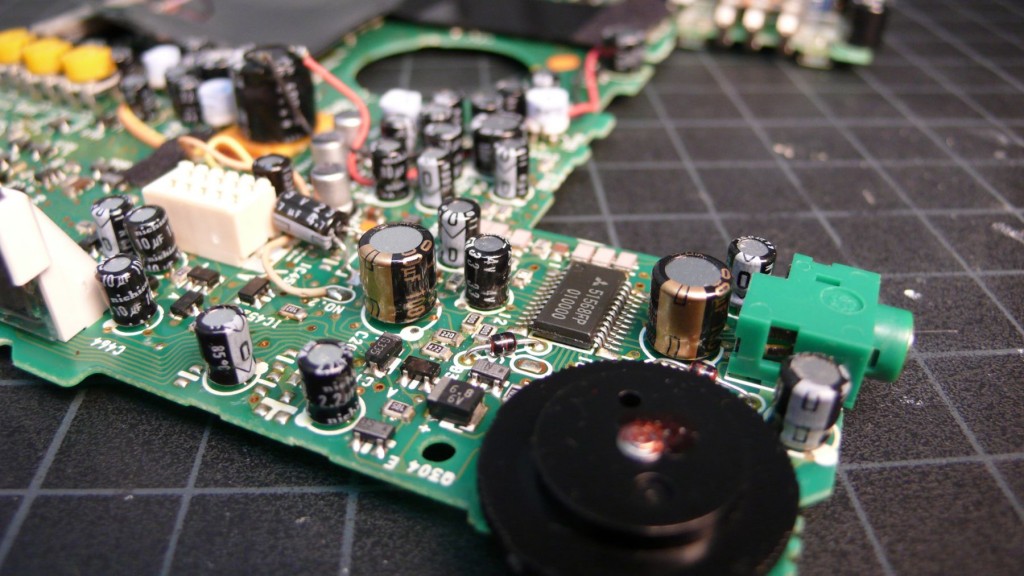 Having nothing better to think about, I was trying to remember when and why did I fell in love with Black Gate capacitors. I must have learned about their existence from reading audio-porn at DIY or some audiophile site. Black Gate caps were the top-shelf audio-grade electrolytics produced by Rubycon. Quite expensive while in production, outrageously priced nowadays, the name should not be mentioned at any respectable DIY forum. The consensus seems to be that the specs of modern-day electrolytics far exceed those of Black Gate caps. This may be so, but not quite conclusive for me because specs alone do not tell the whole story. The specs of any $50 CD player are the same as those of $100k+ dCS stack and always better than the specs of Continuum Caliburn turntable, unless you actually listen you never know

Living through the decade of “perfect sound forever”, then witnessing the births and stillbirths of SACD, DVD-A and hi-rez downloads, I tend to disregard other folks opinions about audio reproduction. Our present-day consensus is that people do not hear the difference between MP3 and CD, that all CD players (or amplifiers, turntables, interconnects, etc) sound the same, etc, etc,… Once in a while I use my own ears to “see” what those other people are talking about. Once the legend of Black Gate electrolytics piqued my interest, I shelled a few bucks and installed Black Gate caps where I had no choice but to hear (or not!) the difference: into one of my D-90 Discmans. I really liked the end result, it was the easiest and the cheapest A/B test imaginable. One D-90 Discman with all-Rubycon caps, another one with Black Gate caps, synchronously playing CD-R copies of Mendelssohn Violin Concerto convinced me that I should get Black Gates for ALL my Discmans.

Falling for the “snake oil” of Black Gate capacitors reminded me of a comment I posted some time ago for the following CNBC blurb:

Now that my comment is either deleted or forever buried under later comments, here are my thoughts on the subject:

Last year it was David Pogue of Yahoo! who became an internet darling after sharing his blind test of Pono player. His video “proved once and for all” that Pono is full of bull. It was good for David Pogue, it was even better for Pono: a lot of new people (myself included) had learned about Pono existence.

Here we have another such test. We learn that the discussion of the “master tape” vs. “perfect sound forever” had been downgraded to the question of CD vs. compressed MP3 format. SACDs, DVD-A, Hi-Rez (and, of course, ana-phyles with their analog LPs and tapes) got thrown away like stupid misfits and discarded formats they are. As a professional scientist (15 years in the Academy plus another 15 in medical research) I want to share my thoughts on the subject.

Whatever the intentions of such tests, “dumbing-down the masses” to justify feeding them crap, or blind tests for the sake of “finding the truth” conducted over the years by Stereophile magazine, they all miss one important factor: you can NOT average such results! Lets imagine for a second that the problem of MP3 vs. 16/44.1 does exist…

There is a chance to test it the right way, the way it was done by Mother Nature. Conduct a blind, double-blind, ABX, or whatever test you want. Then give a callback to those few who “guessed right/got lucky” on the test. Repeat the test. You may stop here and check if the perfect bell curve of Normal distribution of the initial test had been skewed. Or you can repeat callbacks a few more times, until you select folks like Mike Fremer (analogplanet.com) who can hear the differences each and every time.

Just because most people, given a pen and a piece of paper, won’t be able to prove that E=mc2 (or even Pythagoras’ Theorem), does not mean that the laws of our Universe had been changed. Just because I will never meet anyone able to run 100m in less than 10sec does not “prove” it is not done every day by those few who can. All such double-blind/ABX/controlled studies will continue to show that on average the results are… average!

And then we add averaging. The very idea of averaging my results with those of professional musicians of, say, Berlin Philarmonic, looks extremely silly to me. It is like averaging scores of someone who does not know how to swim and drowns with the results of Michael Phelps: meaningless at the least and cruel to our intelligence always…

Let us do it again: “all digital files sound the same”. This time, however, anyone can prove us wrong. All that is needed is one CD (or lossless file) and iTunes (for those who know what I mean, you do NOT need Pono Revealer for this test). ANY file will do: Rachmaninov on Reference Recordings, or Kanye West, or Lady Gaga. As long as you, personally, recognize it as “music”, this should work.

Go to “preferences” and change “import settings” to MP3-custom-320kbps. Right-click on your lossless file and hit “create MP3 version”. Rename this new file by adding 320 to its name.

Go to “preferences” and change “import settings” to MP3-custom-160kbps. Right-click on your lossless file and hit “create MP3 version”. Rename this new file by adding 160 to its name.

Go to “preferences” and change “import settings” to MP3-custom-80kbps. Right-click on your lossless file and hit “create MP3 version”. Rename this new file by adding 080 to its name.

Go to “preferences” and change “import settings” to MP3-custom-40kbps. Right-click on your lossless file and hit “create MP3 version”. Rename this new file by adding 040 to its name.

Now, since some players (Pono for example) won’t even play 40kbps files, it is time to upsample all this newly created garbage to its original “perfect” status of 320kbps (or Apple Lossless, does not matter):

Listen to the files and try convincing yourself that 040 file sounds “almost as good” as the original file. Painful but doable. The pain you feel is the pain of those who can hear the difference between MP3 and CD, or CD and LP, or CD and 24/192.

Now, let us ask ourselves how many people in a double-blind or ABX test won’t be able to hear the difference between 40kbps and “perfect” 320kbps files? What about 080 file? 160? This is actually a valid question, without some kind of “negative control” any results are pretty much worthless. There will be quite a few folks in this group, on the “wrong side” of average: those with malfunctioning hearing aids, those who do not even listen, those who cannot read or fill the questionnaire, those who get so immersed in music they forget about the test, those who get easily stressed, etc… Basically, all the same excuses we reserve for those who “claim” that they hear the difference between the average and hi-end music reproduction.