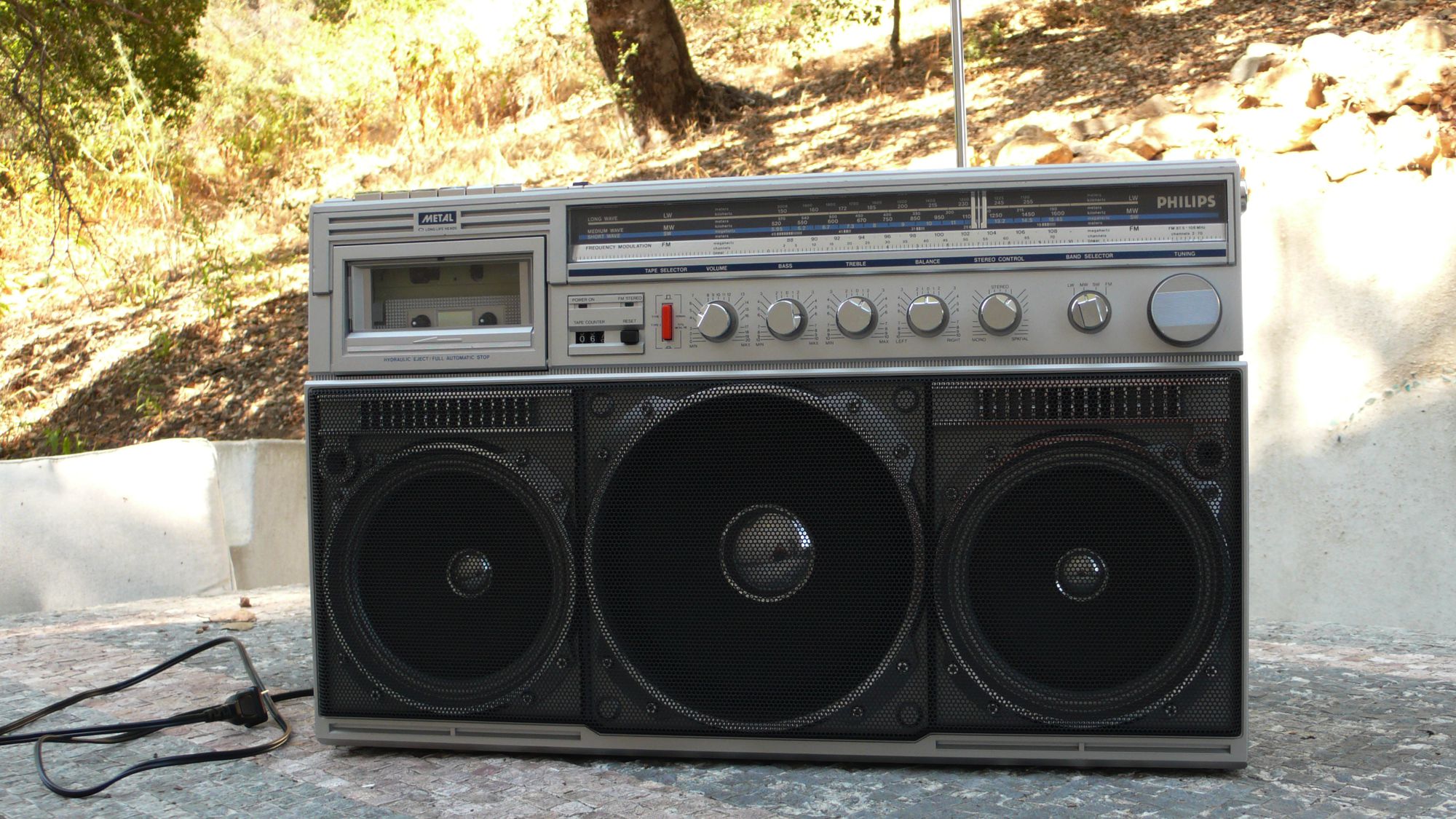 Philips D8444 and its American incarnation, Magnavox D8443 are big and good-looking creatures. With the same “minor” flaw as D6800 Discman: by now they are all dead because of one failed gear. I bought mine in working condition, and learned about the infamous gear the hard way, after spending a few weeks on restoration. 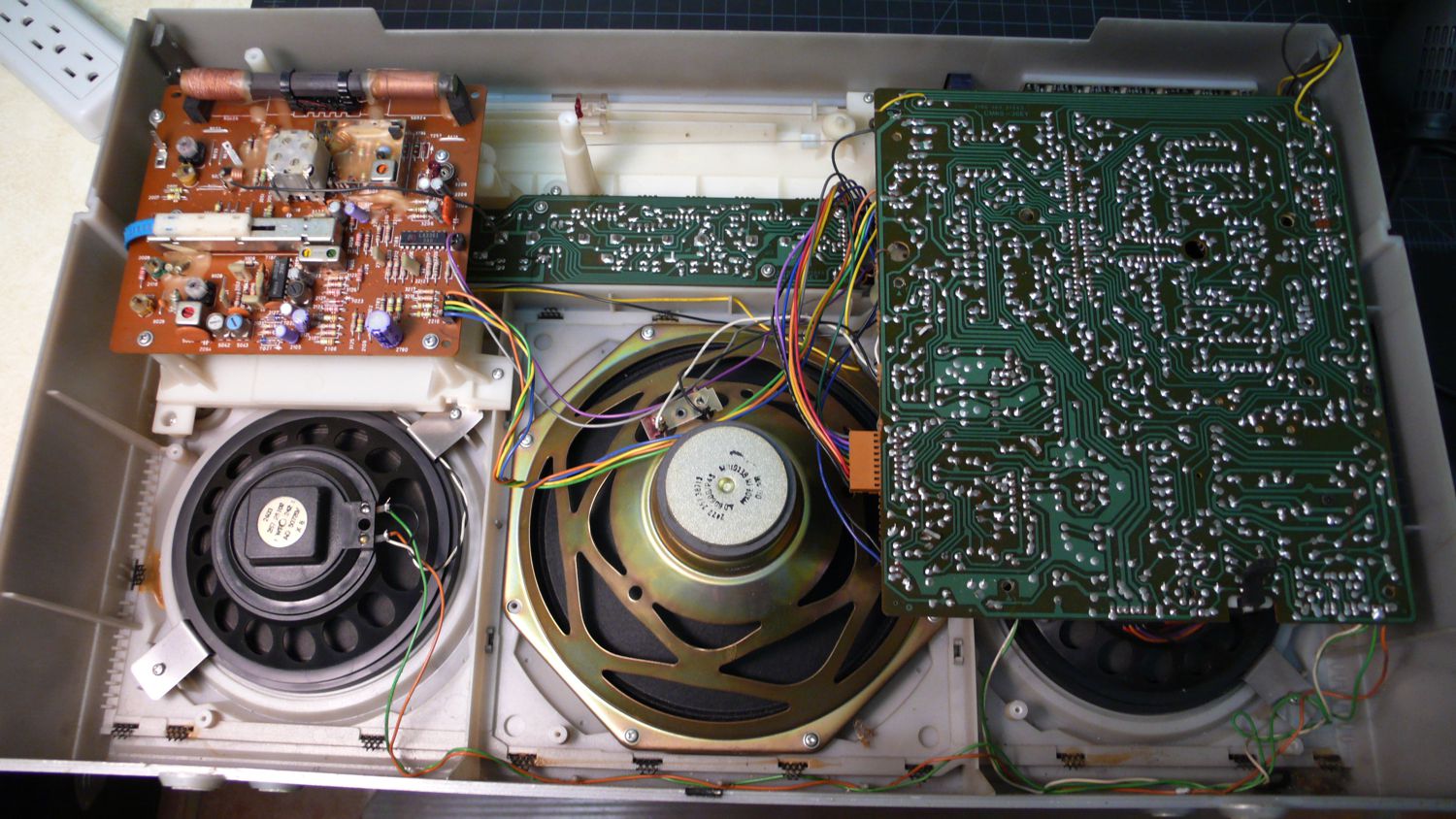 Once you flip the main board you get access to cassette mechanism, two screws (marked Red) attach the whole contraption to the front panel. Installation of two new belts is a 5-min job. 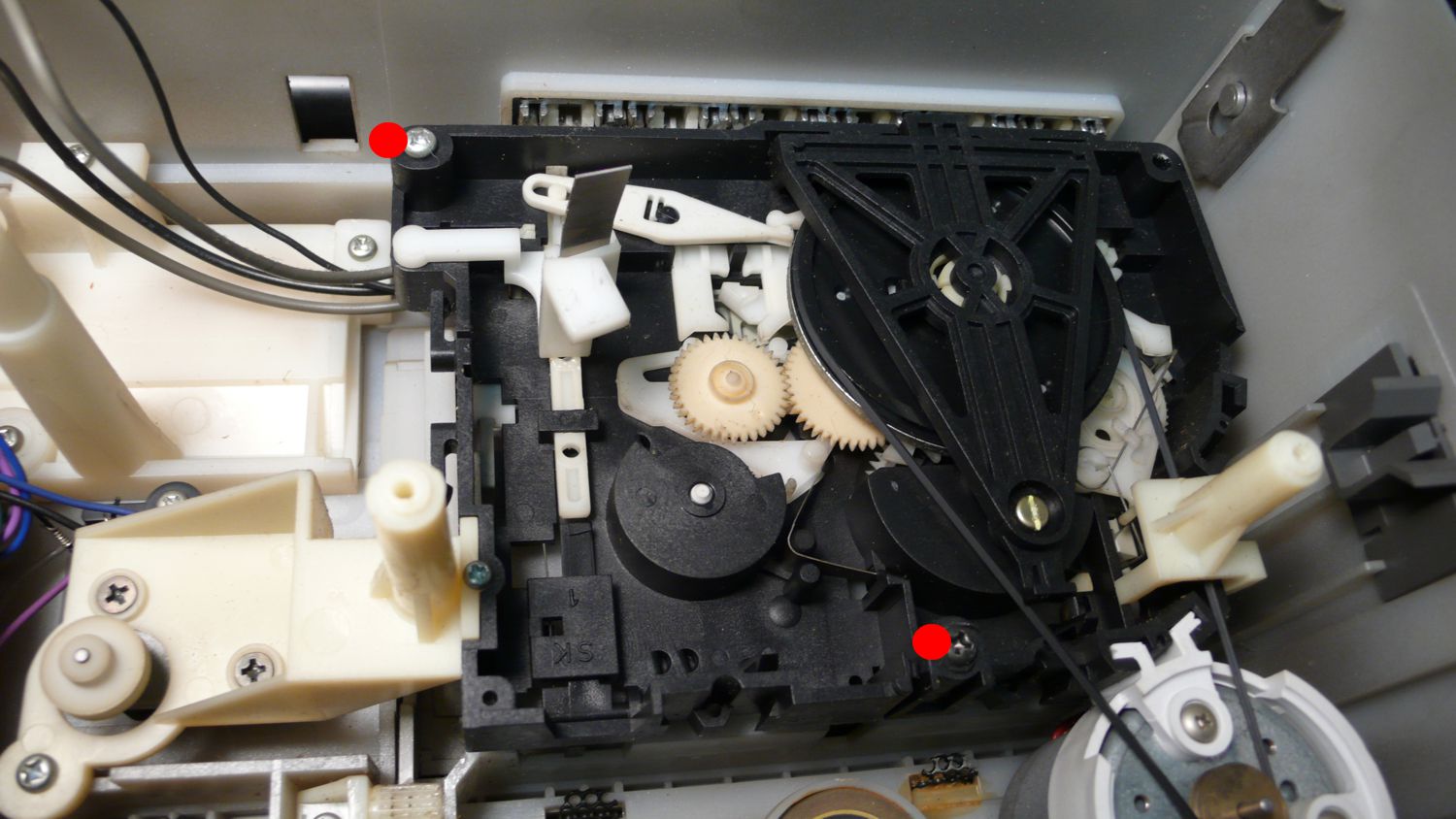 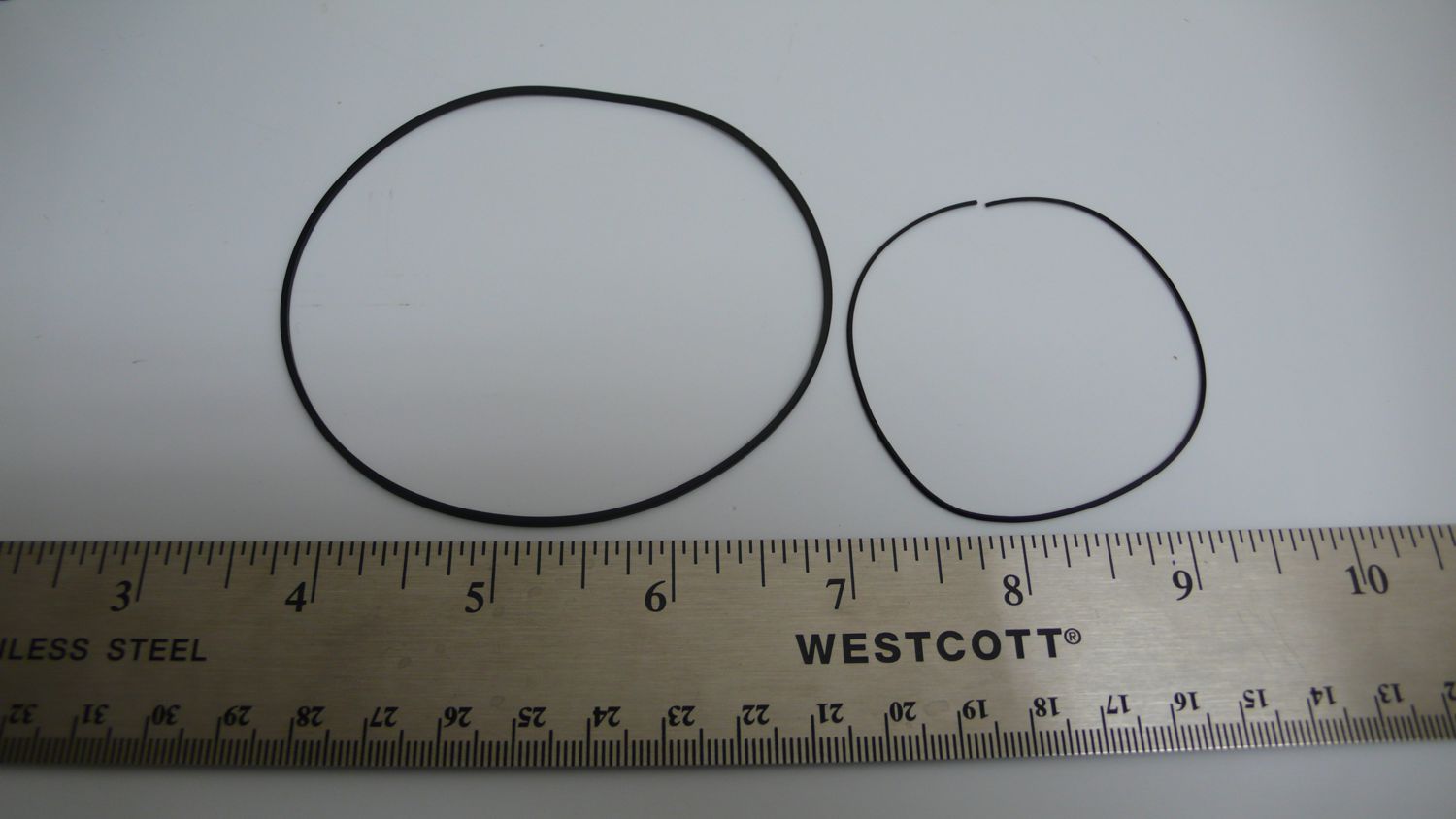 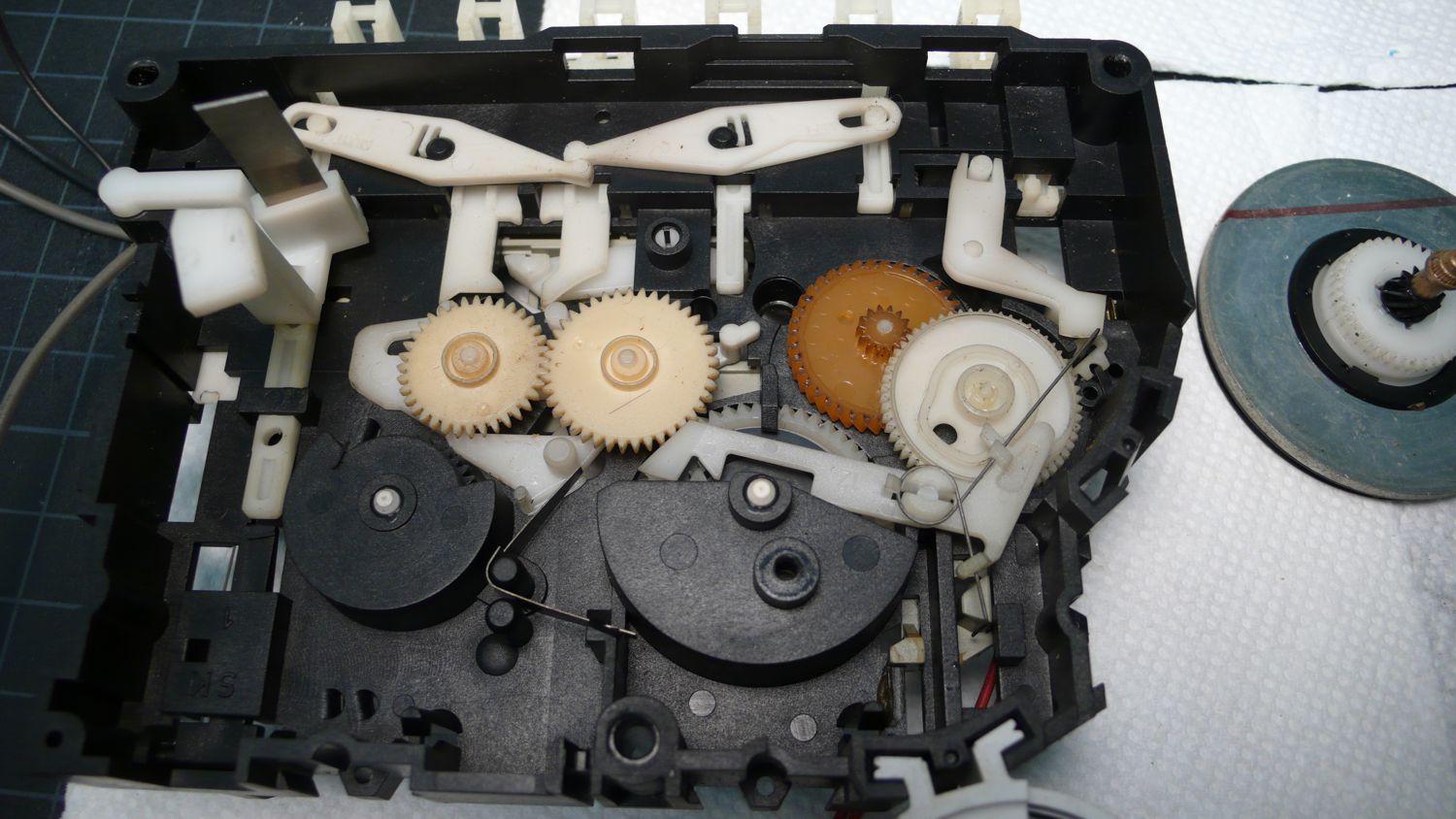 Tapehead and pinchroller were thoroughly cleaned: 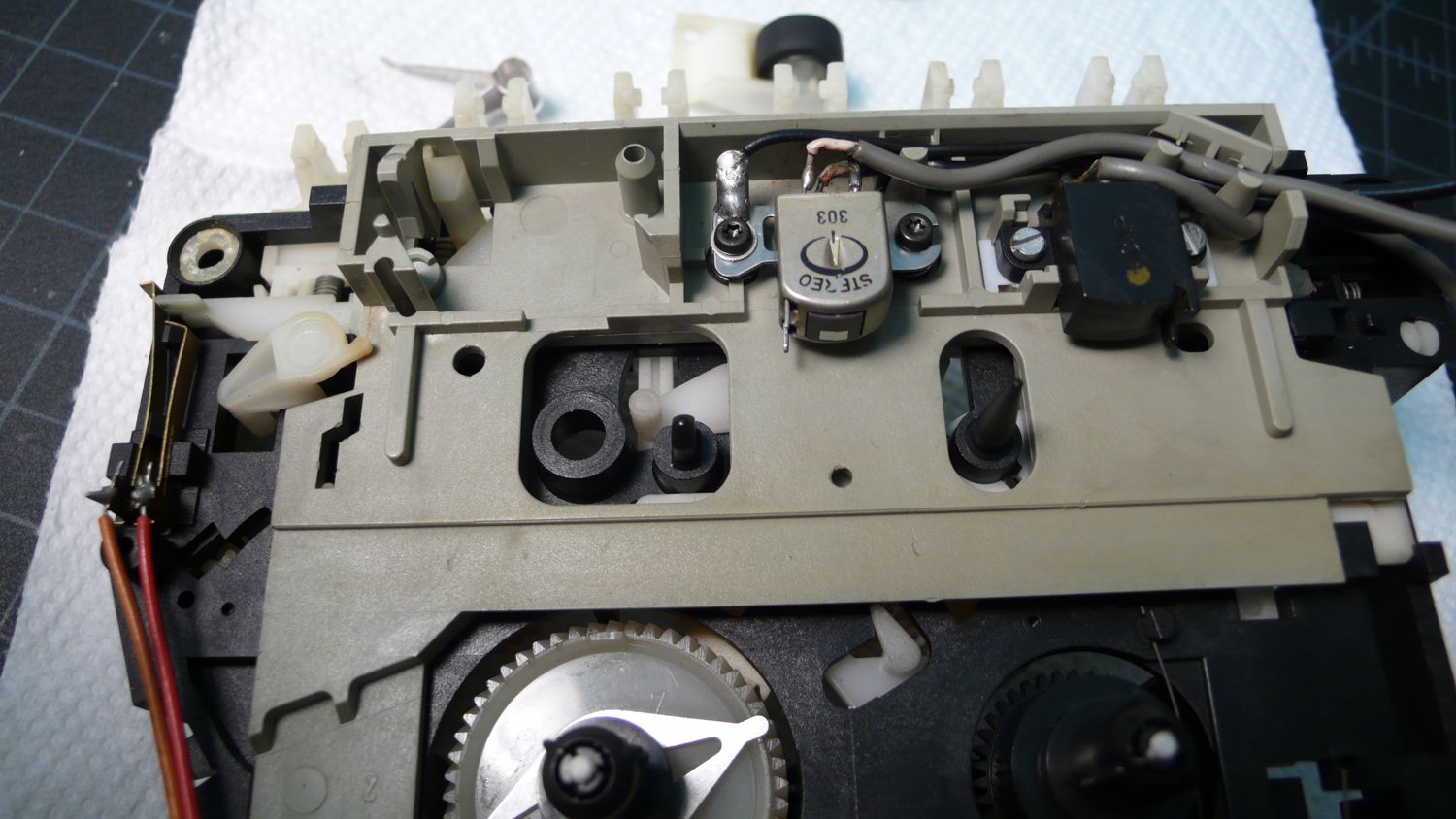 drivers and grille removed for cleaning and spray-painting. This amount of dust could not be removed by vacuum-cleaning through the grille: 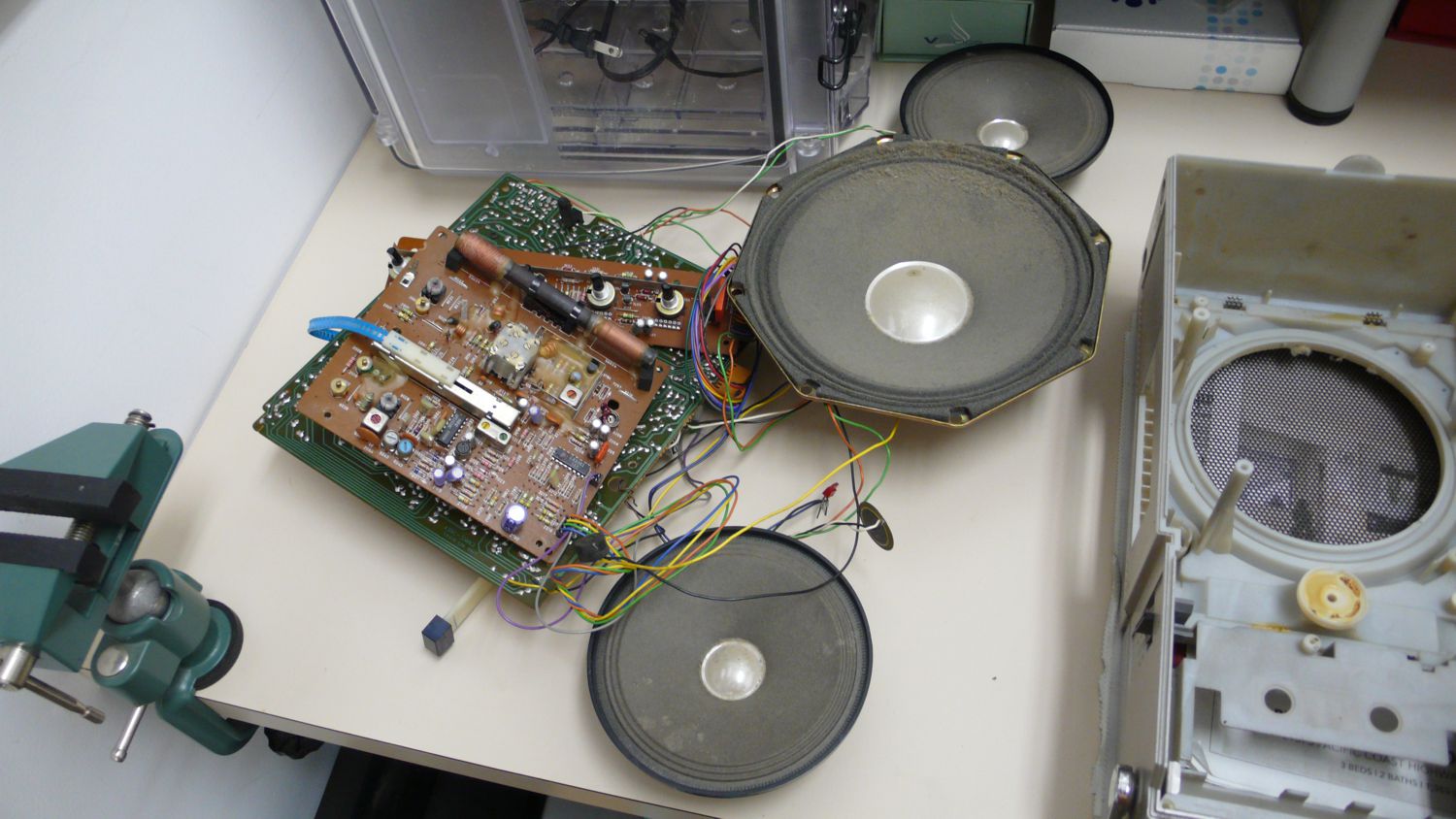 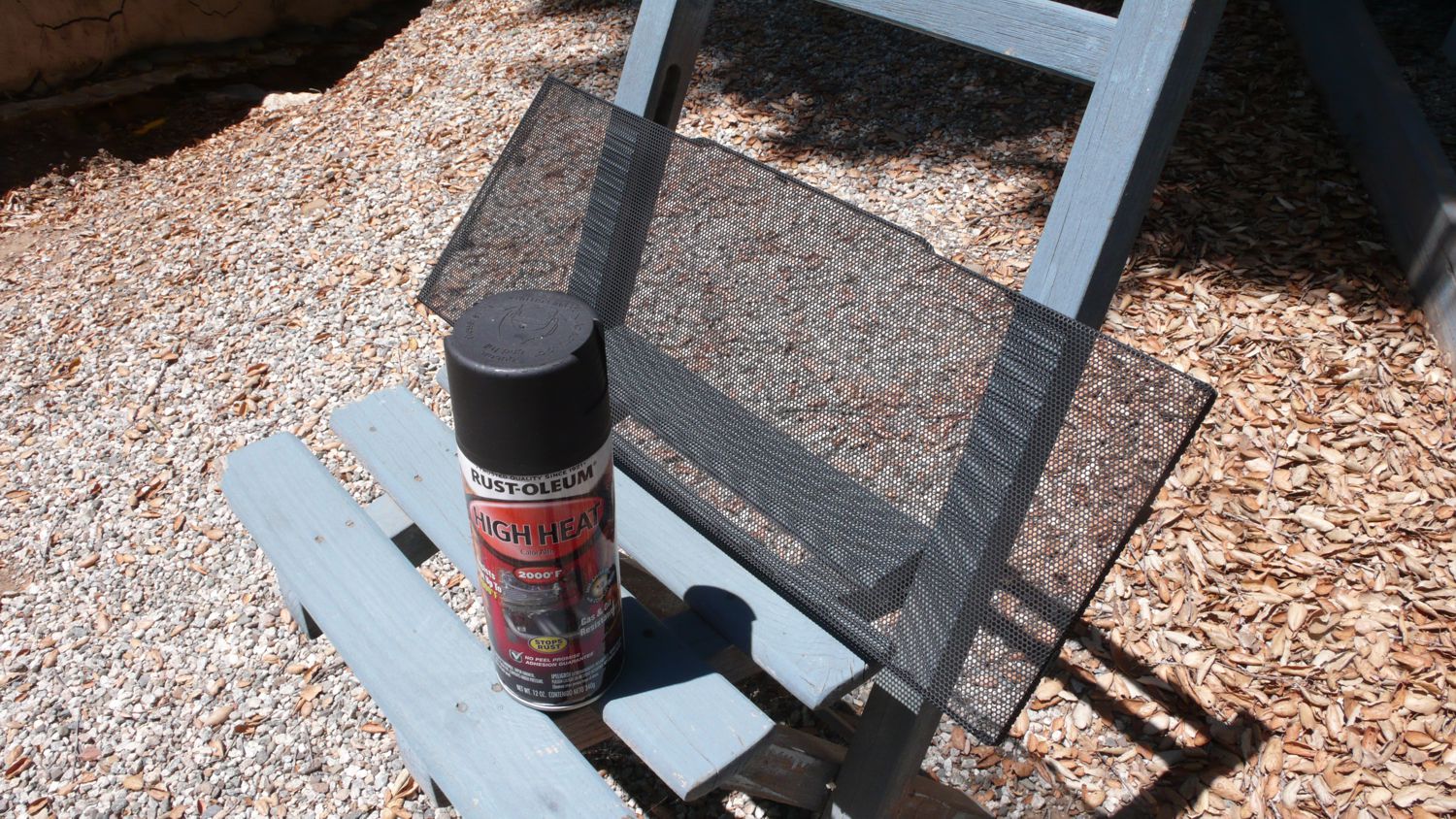 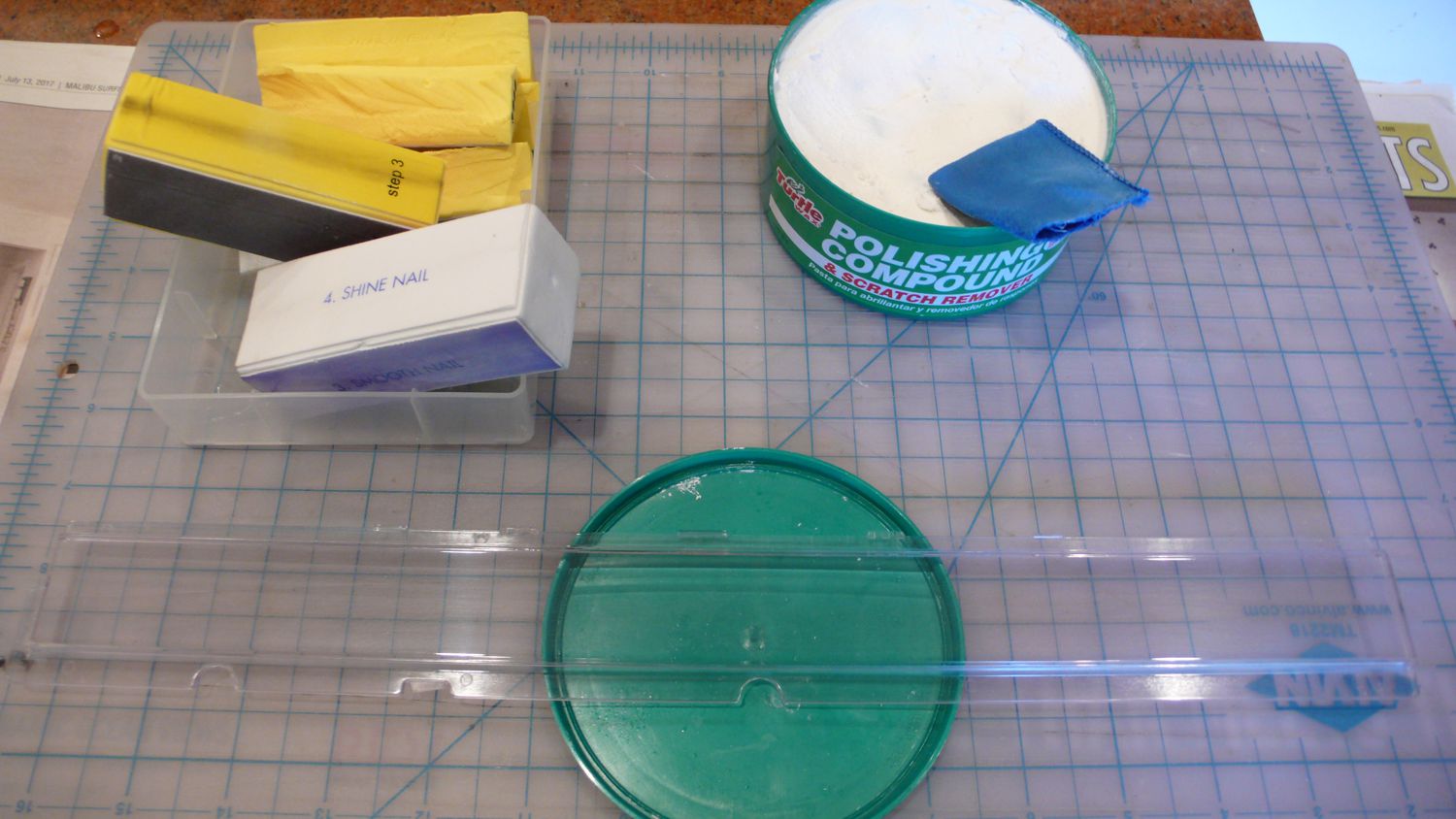 Soft-eject mechanism relies on the gear being oiled with hi-viscosity oils. 200,000 cs Differential oil (sold in any RC Hobby store) is a nice substitute for the original: 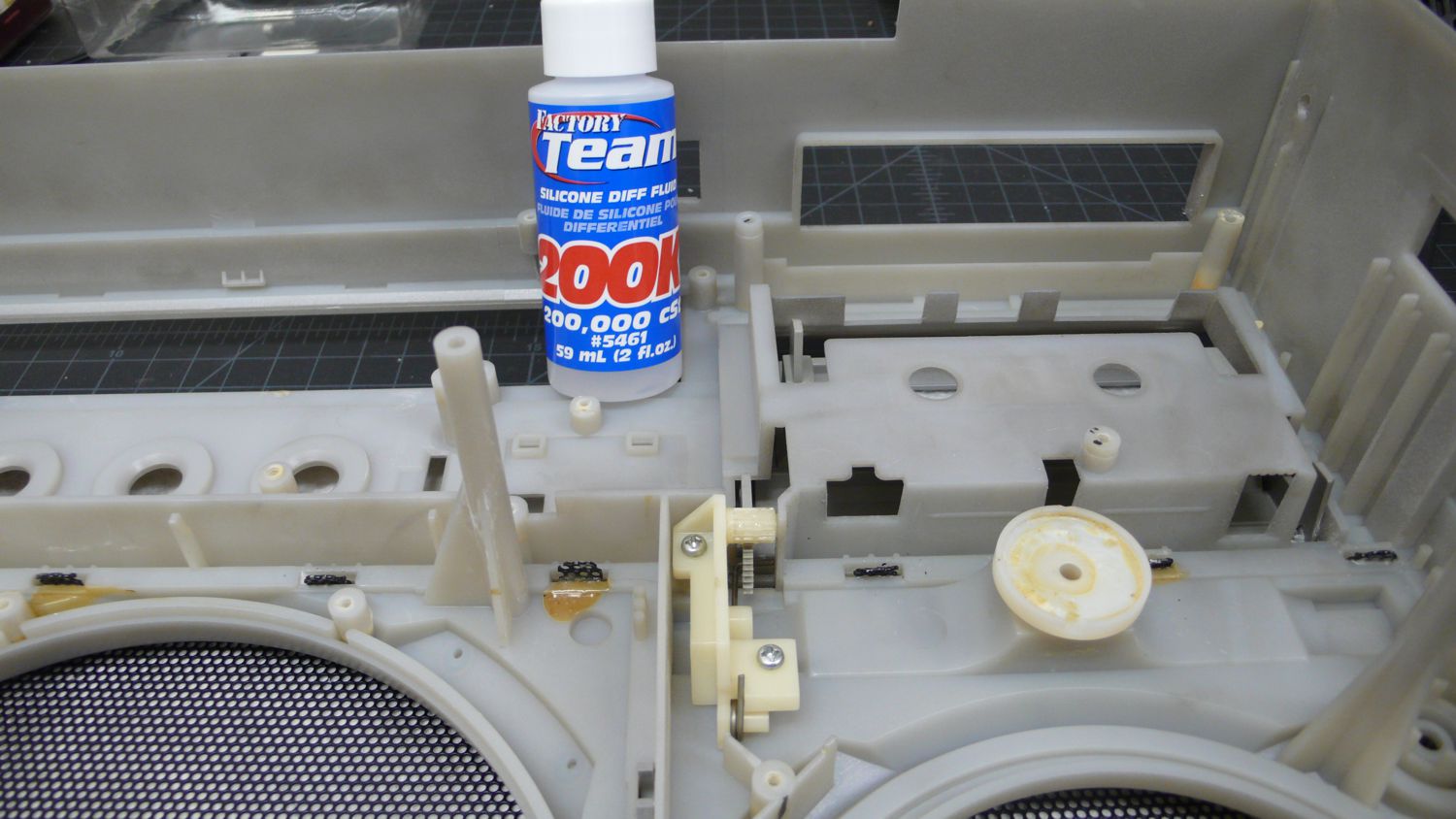 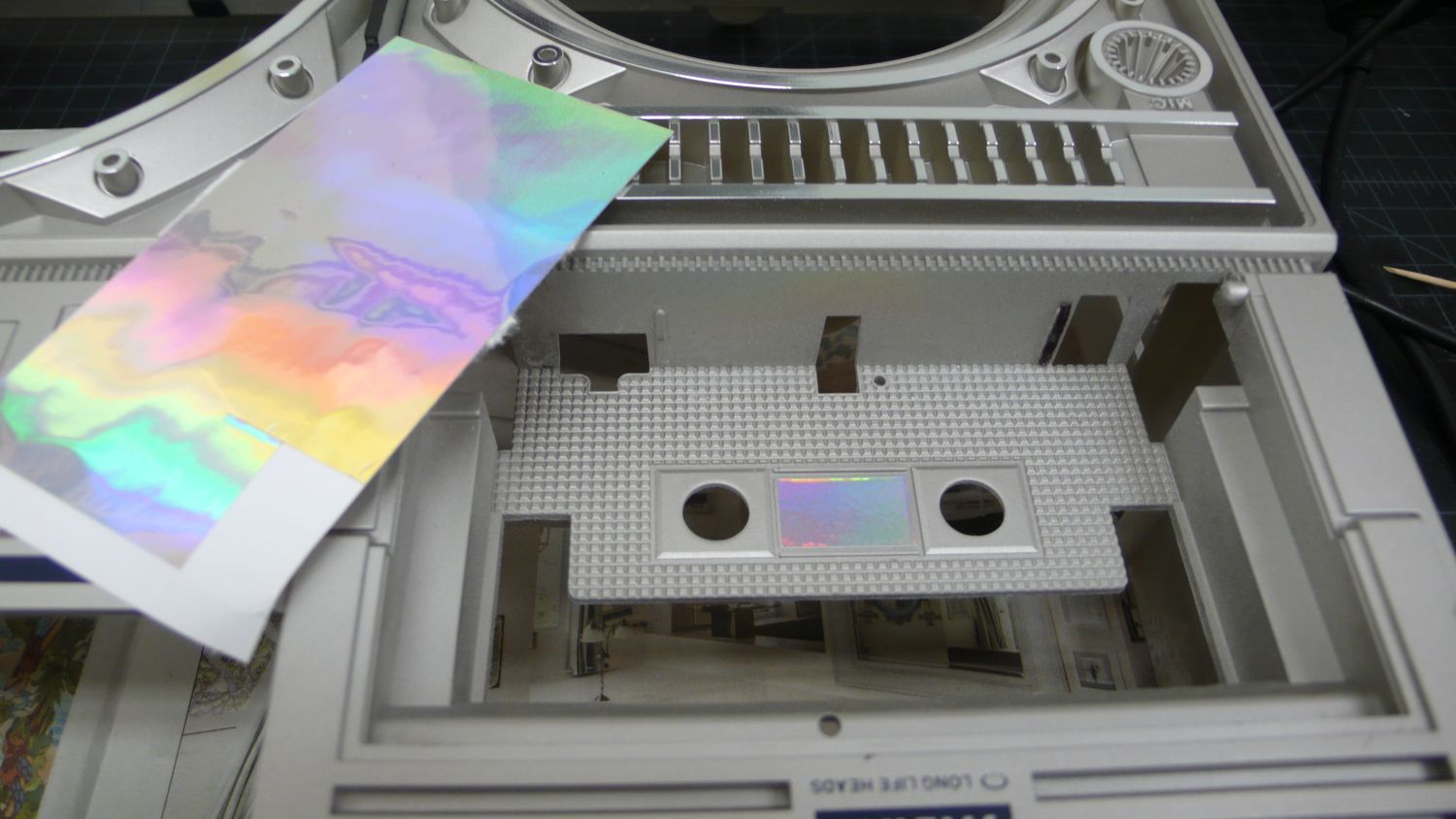 Volume pot had to be rebuilt, all electrolytics on the control board were substituted for Nichicon Fine Gold caps: 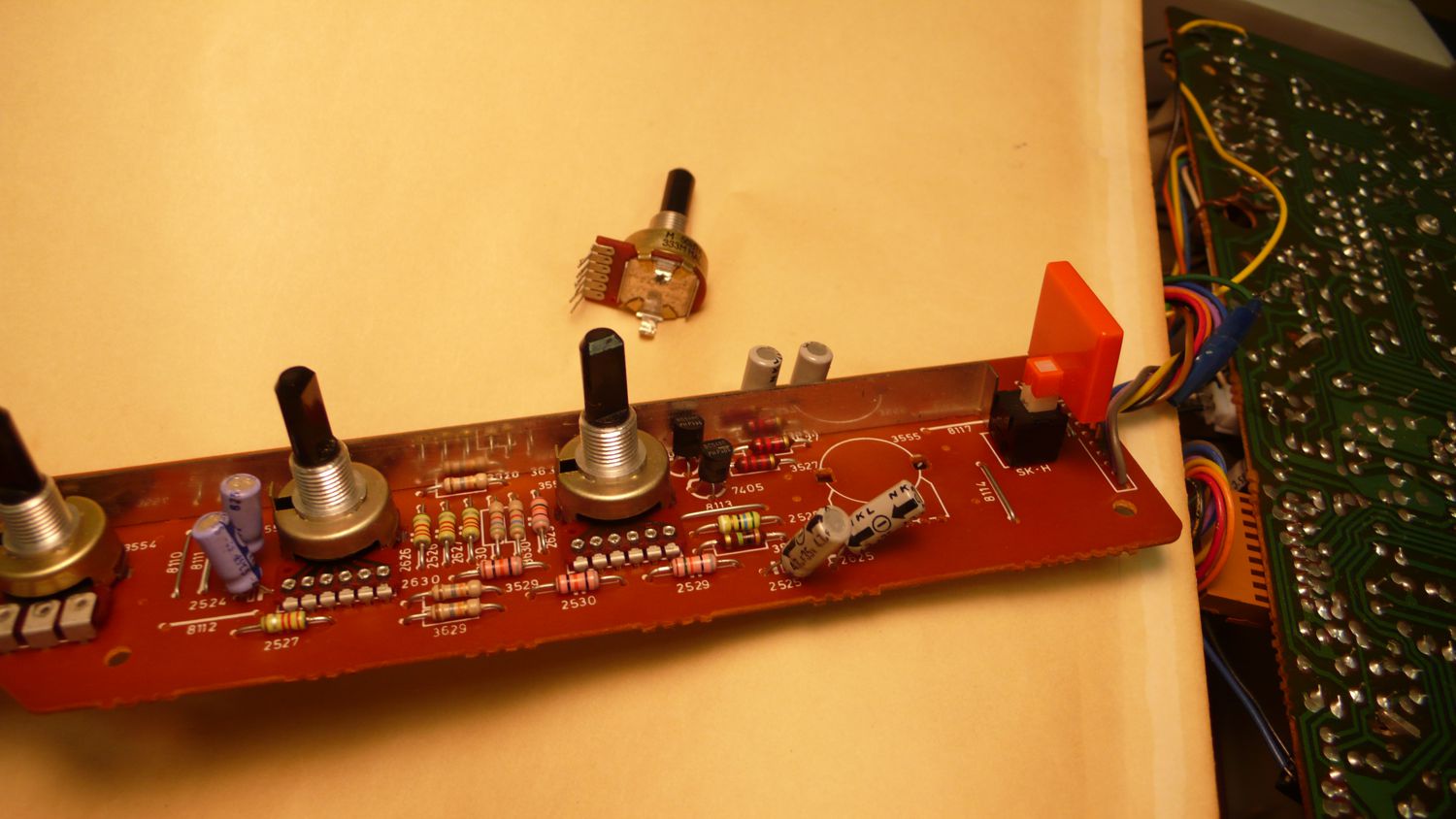 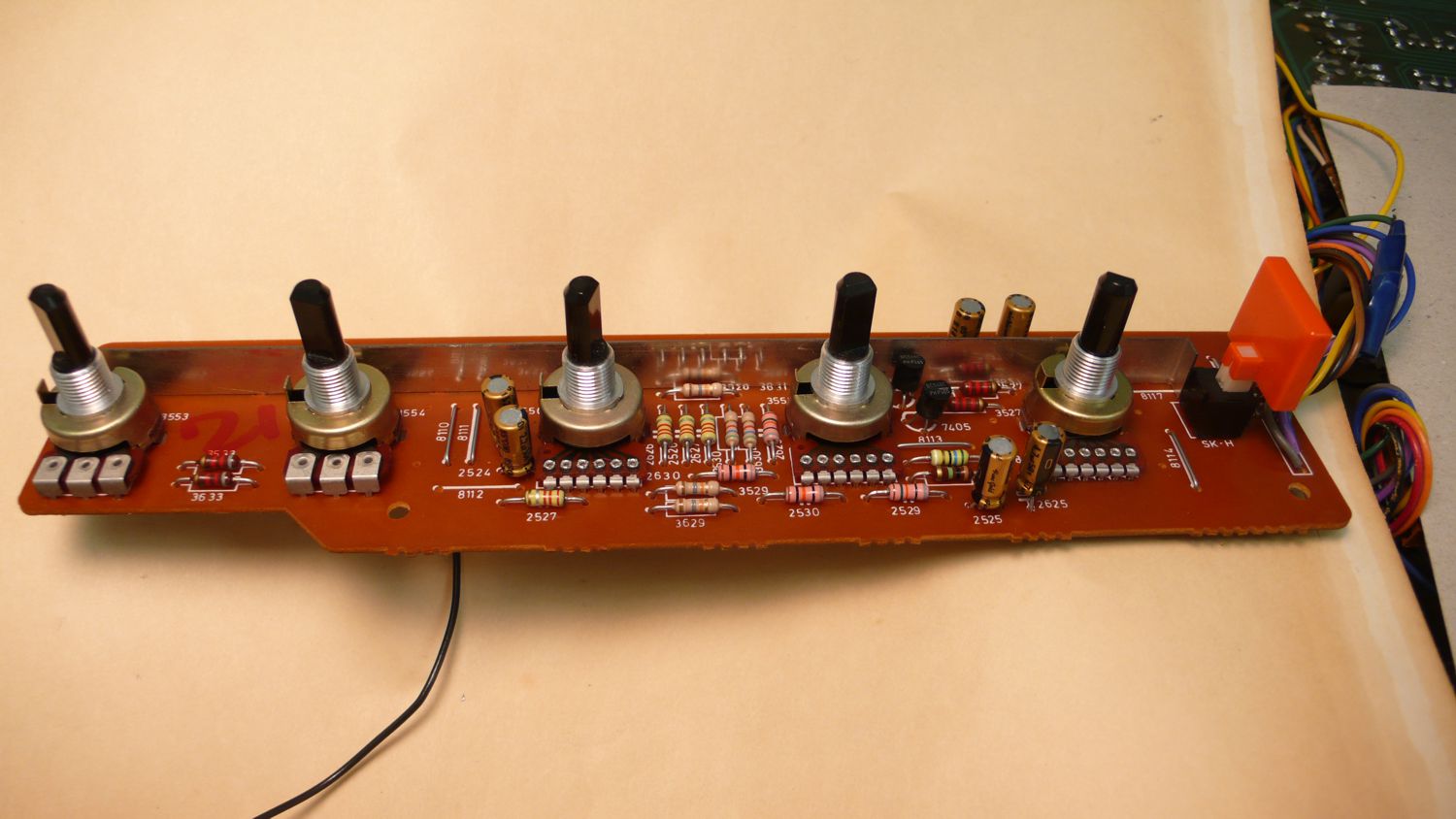 Tape speed adjustment has to be done Before reinstalling cassette mechanism: 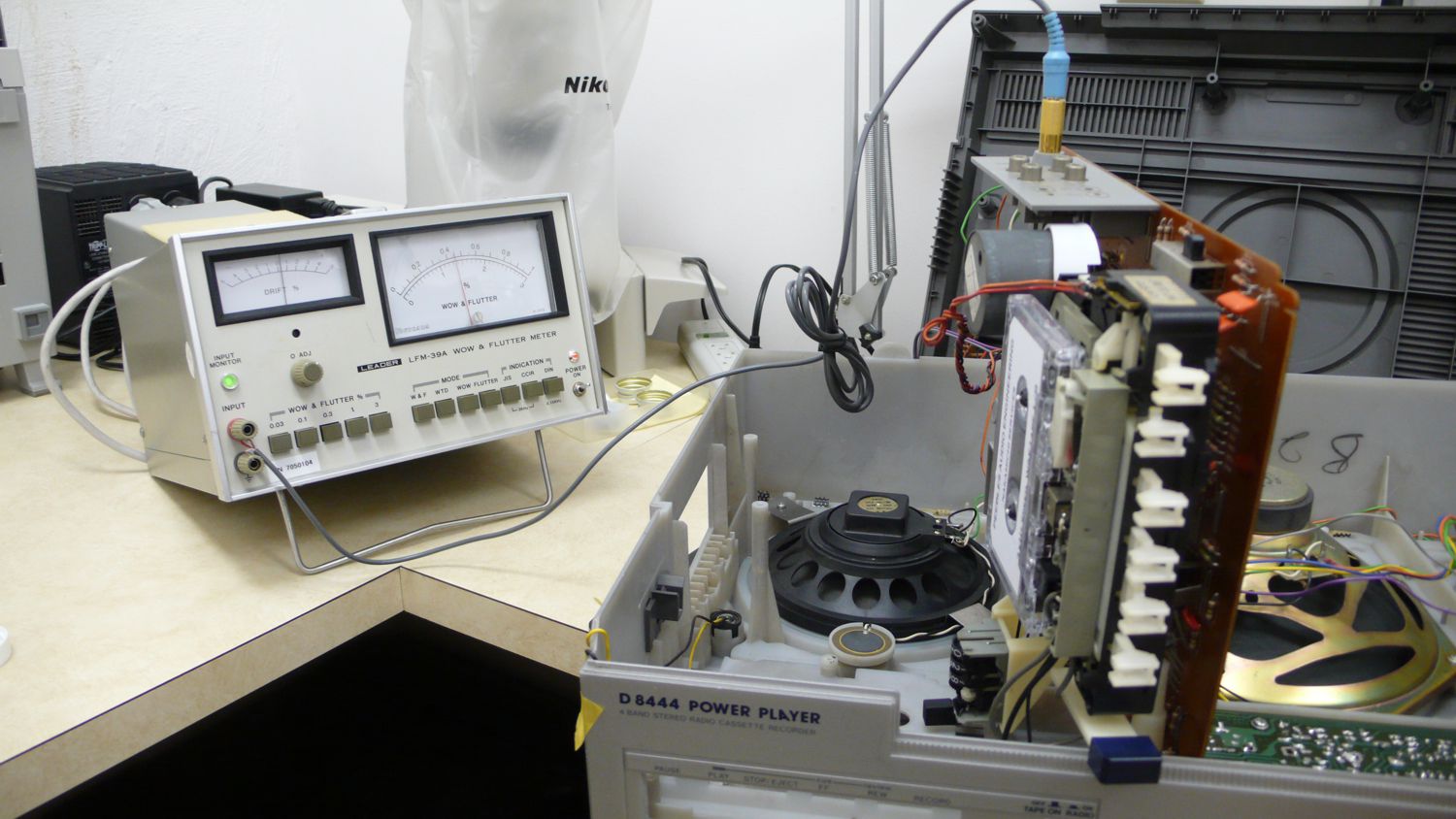 Testing in the Field Conditions failed miserably, after an hour of play D8444 died: 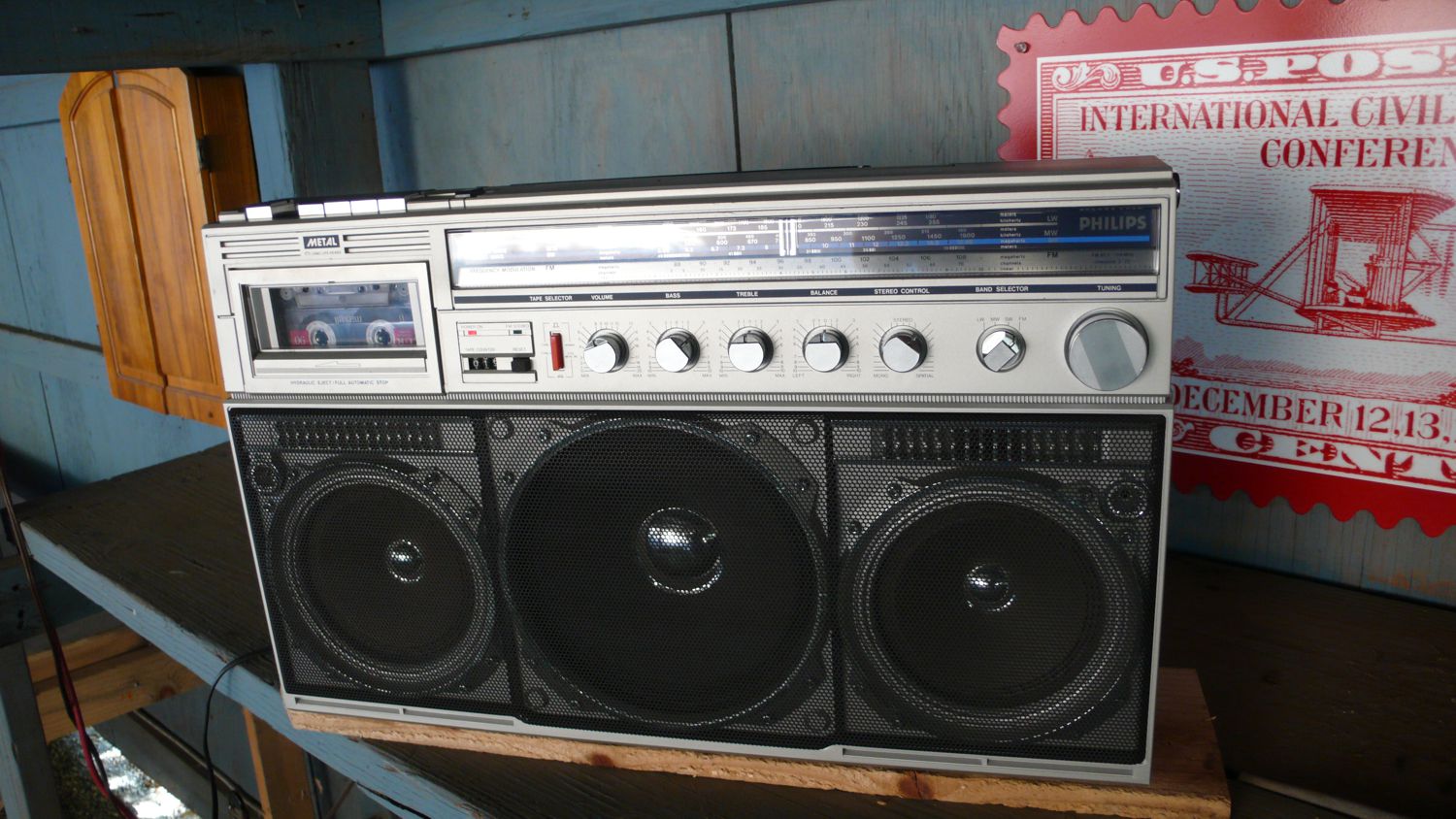 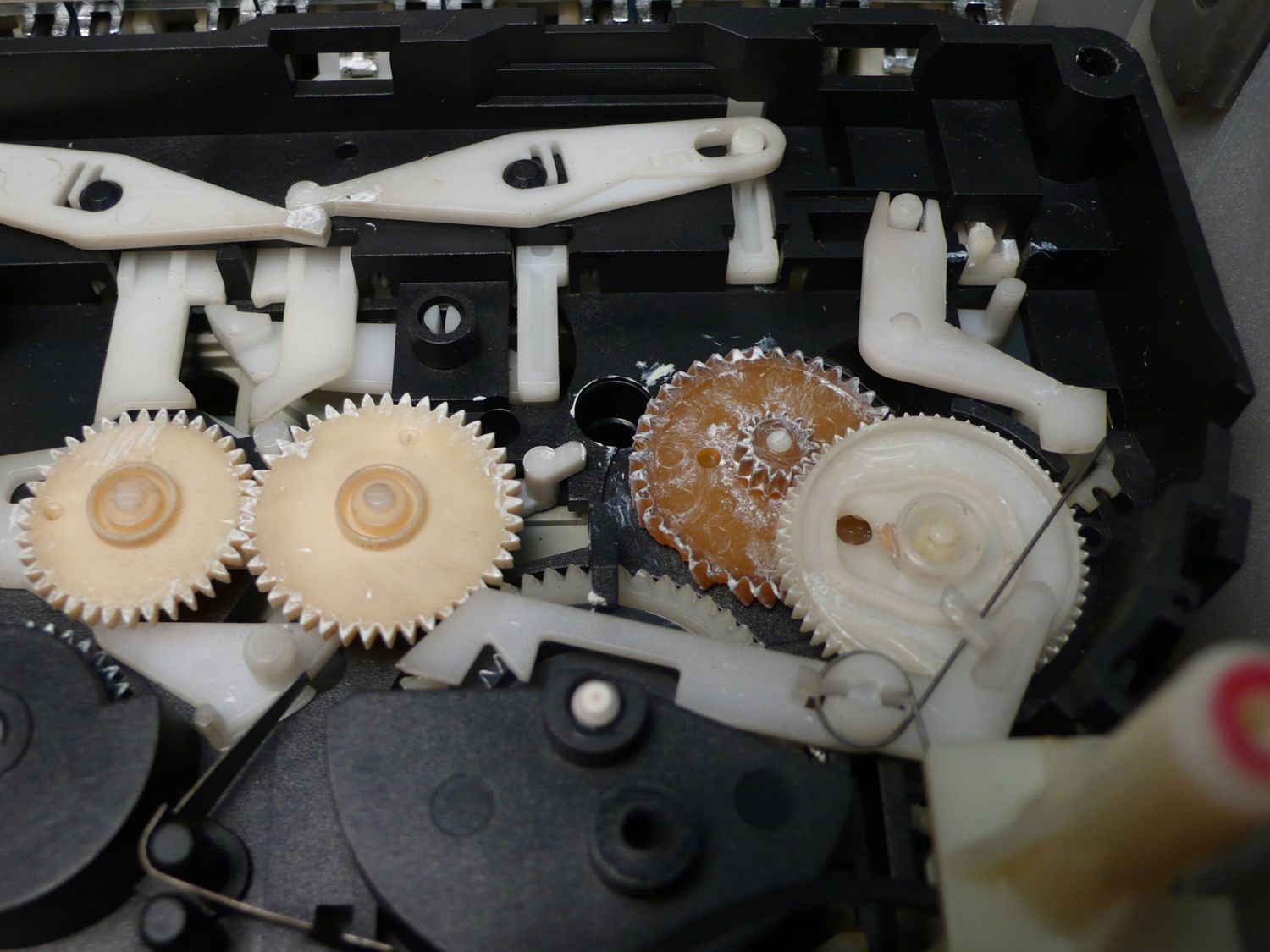 First I followed an advice found at boomboxery.com and bought D7240 which has the same cassette mechanism as D8444: 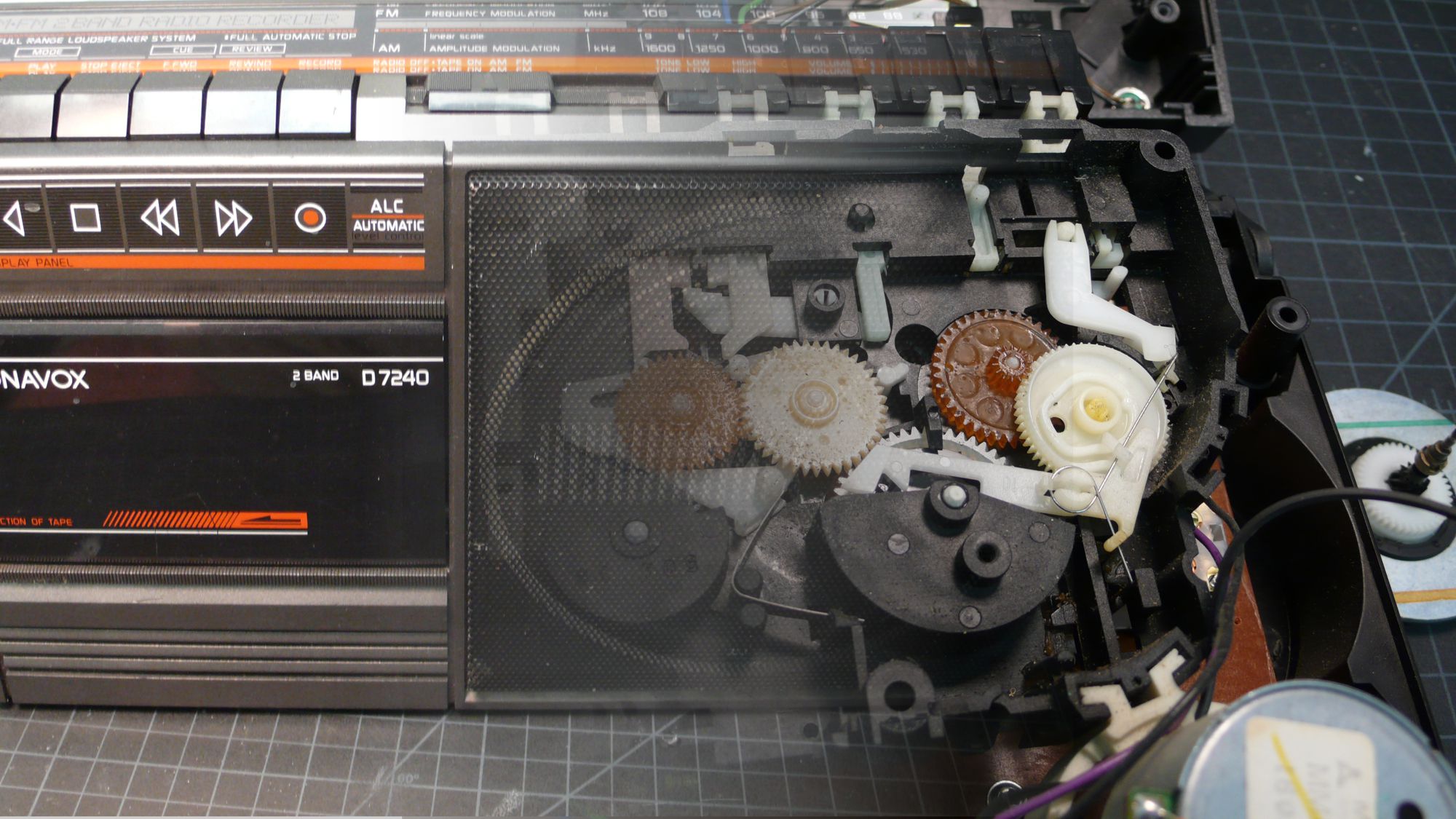 Unfortunately, D7240 had exactly the same “amber” gear which disintegrated when I was gently washing it with mild detergent and a paintbrush! My next step was to refresh my Auto CAD 3-D modeling skills and then print this helical gear at shapeways. This once, however, I got lucky: while browsing eBay for the available gears I found two gears which looked like an exact match:

I bought them both, here is how they look next to the original: 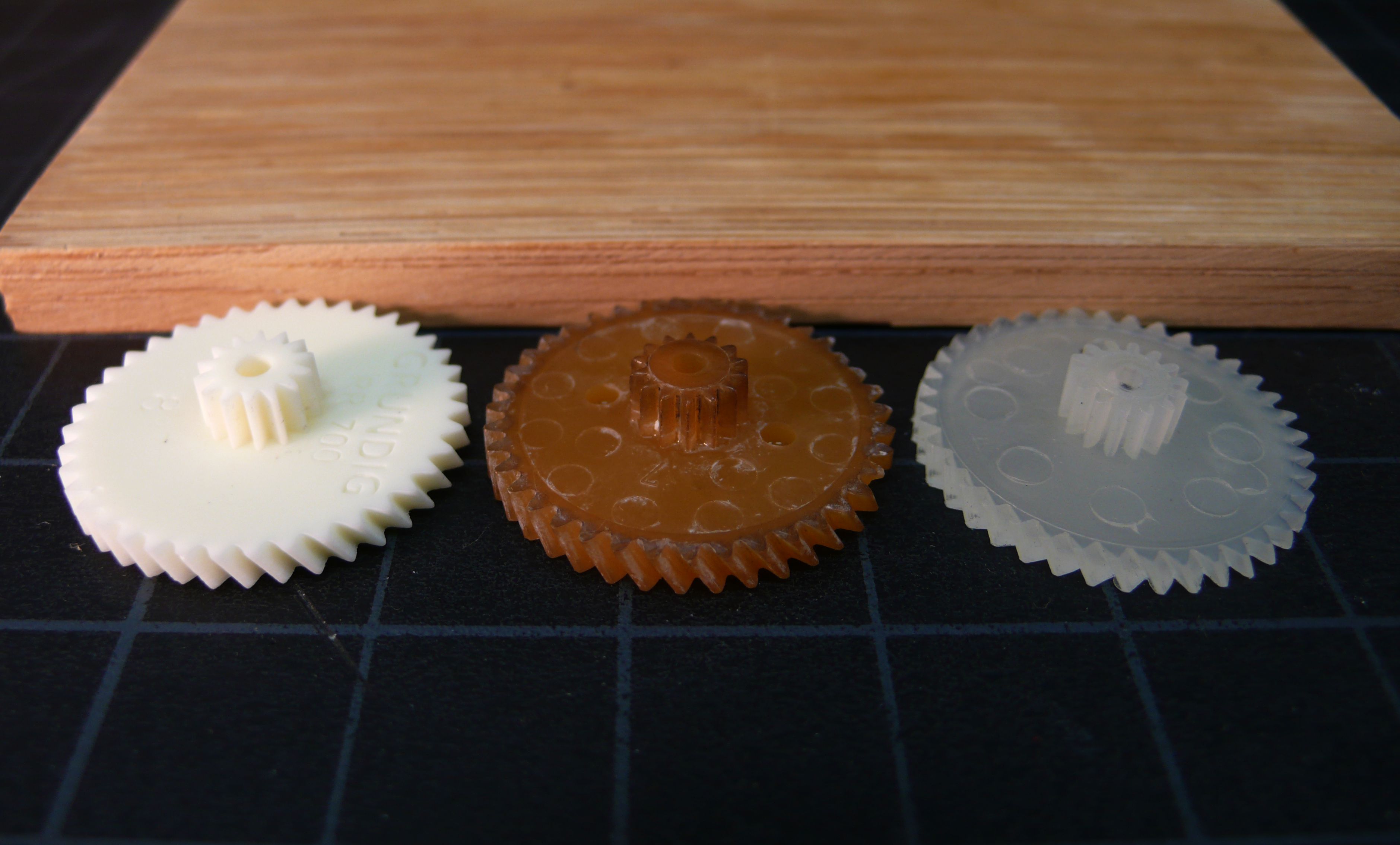 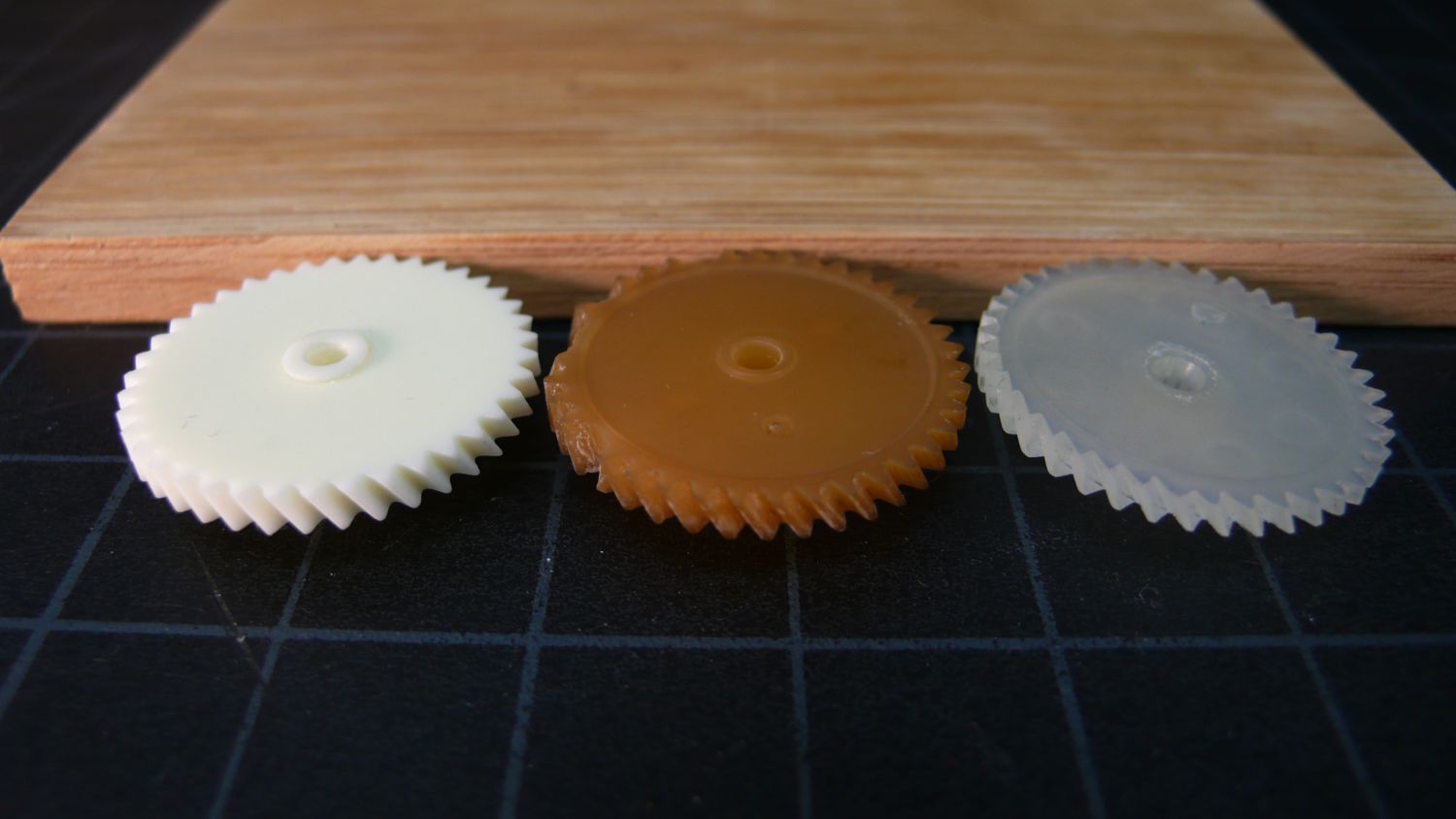 One is 3D printed (or laser-cut?), another is molded from seemingly the same kind of soft PE as the original one. This would be my first choice (softer plastic should reduce vibration transfer) but it would need an extra washer to be an exact substitute. I had to choose one, so I started with the one on the Left: 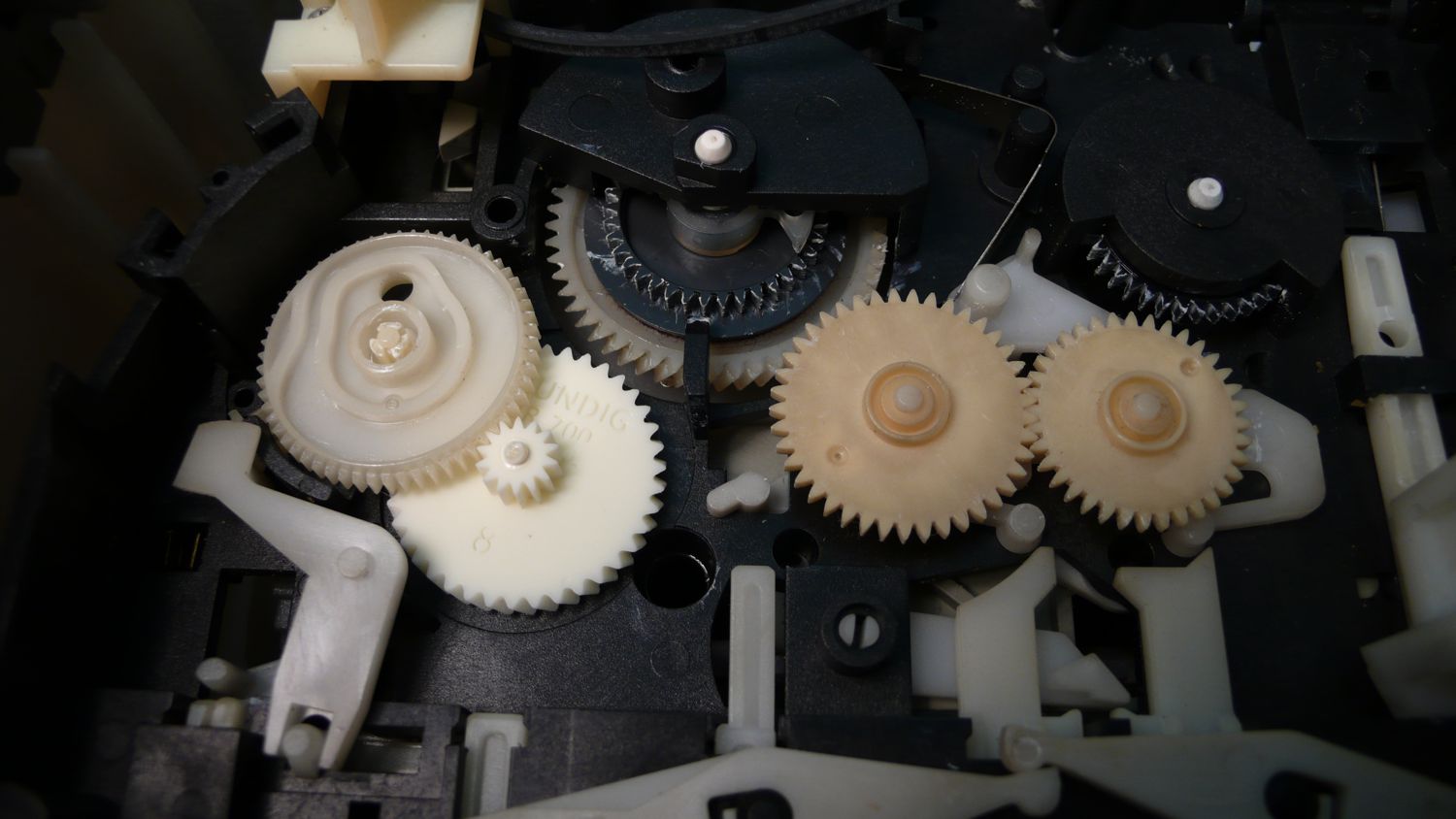 Once everything had been put back together, the noise coming from the transport in Play mode was pretty bad, so I cut a “locking” washer to make this new gear stay put. I used 4.0 and 1.5mm punches and 0.3mm teflon sheet. With washer installed, the noise got back to reasonable levels: 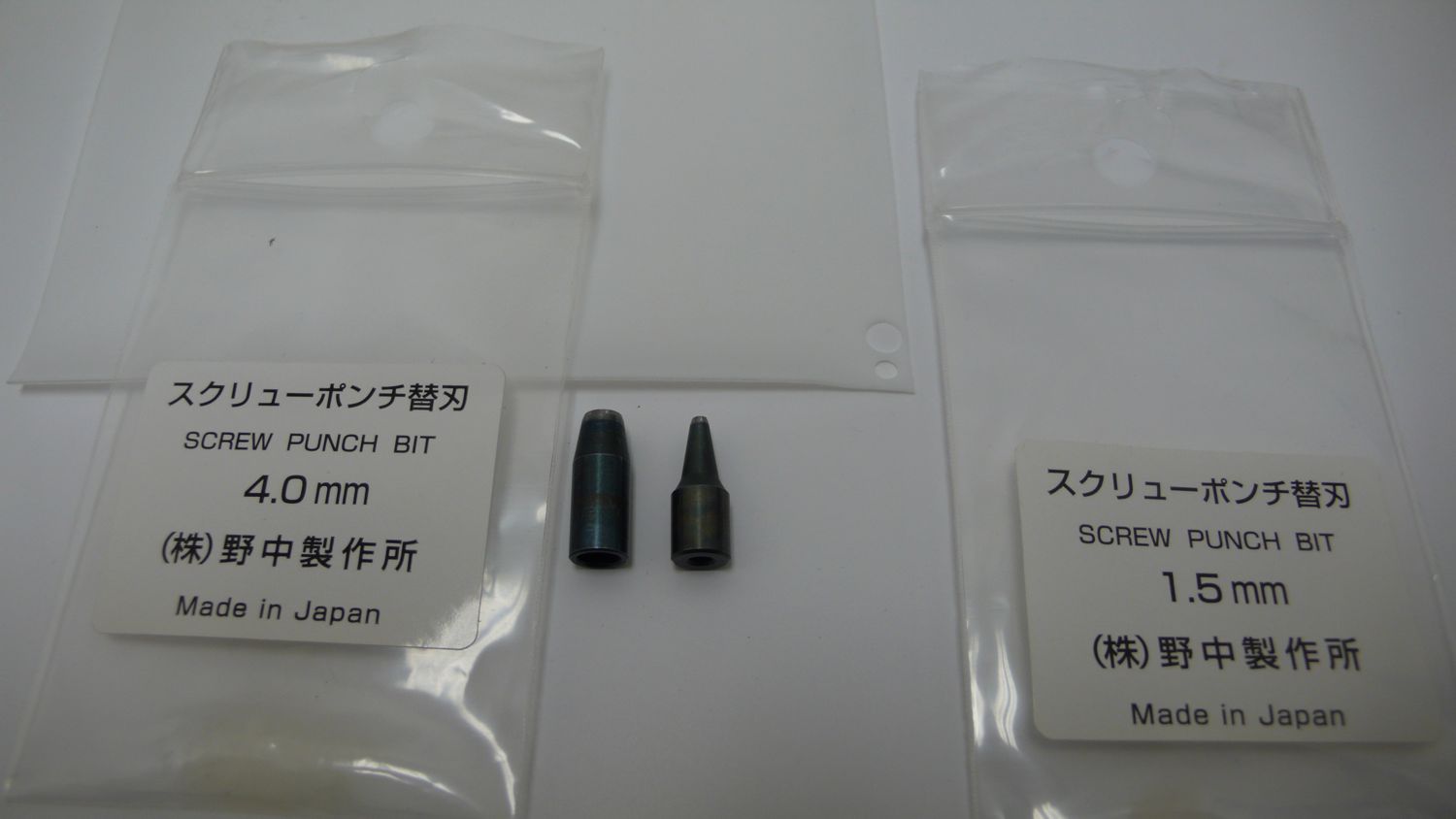 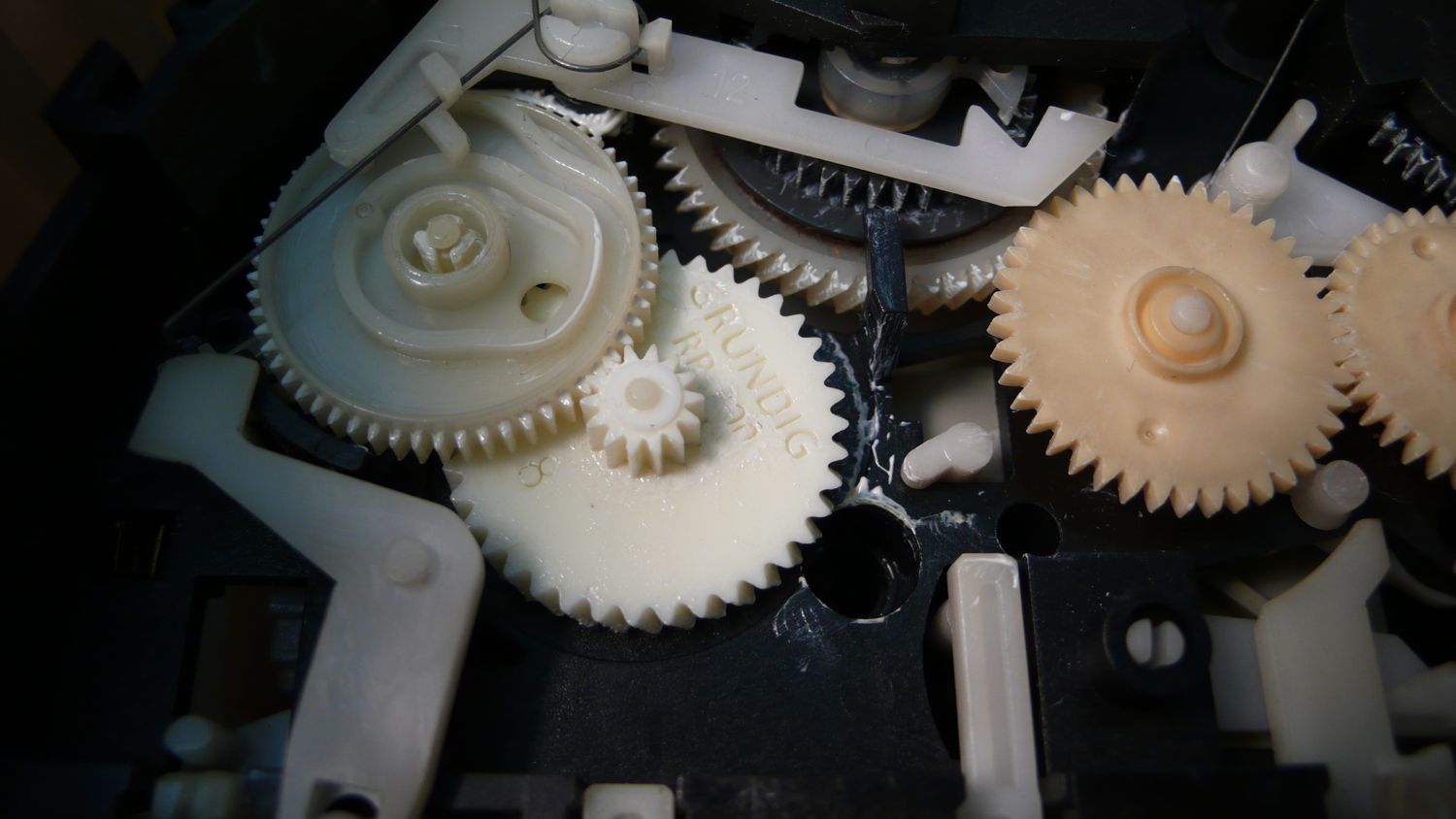 I should add that the quality of 3D printing used for this gear is much better than gears printed at “frosted extreme detail” quality by Shapeways.com and also waaay better than gears available until now for D8444: 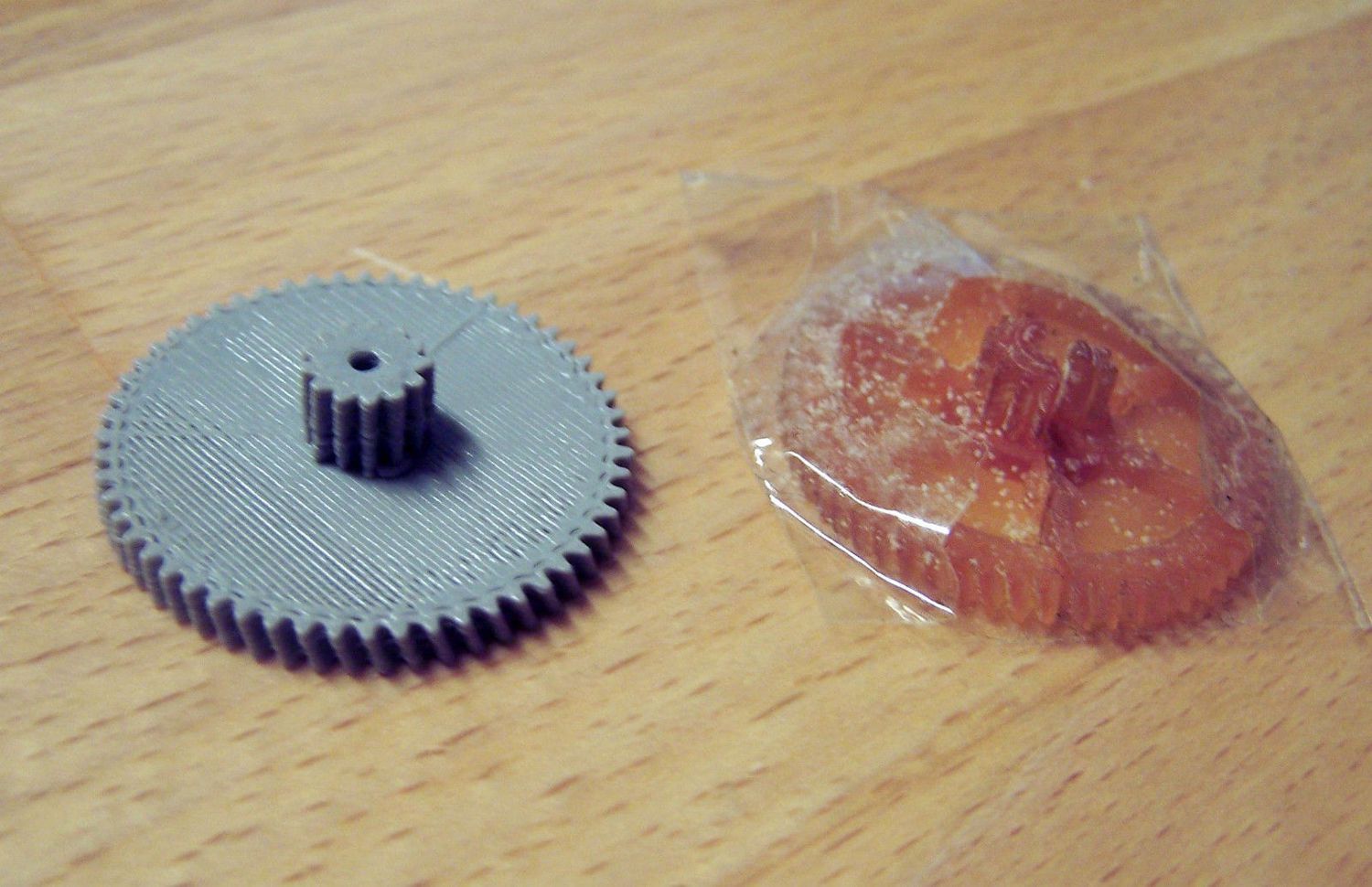 0.15% of Wow&Flutter is at the same level as it was with the original gear, before it lost its teeth: 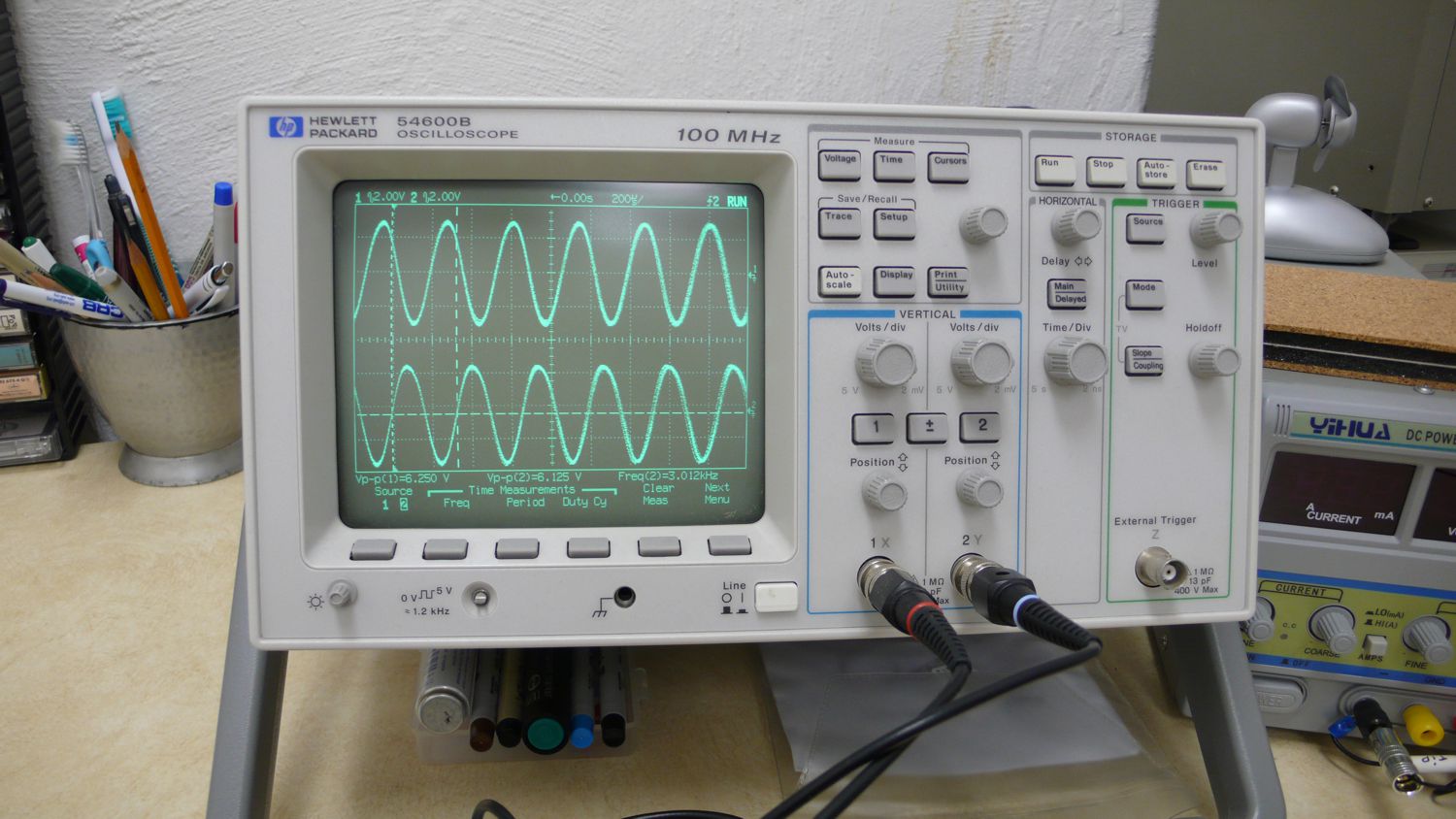 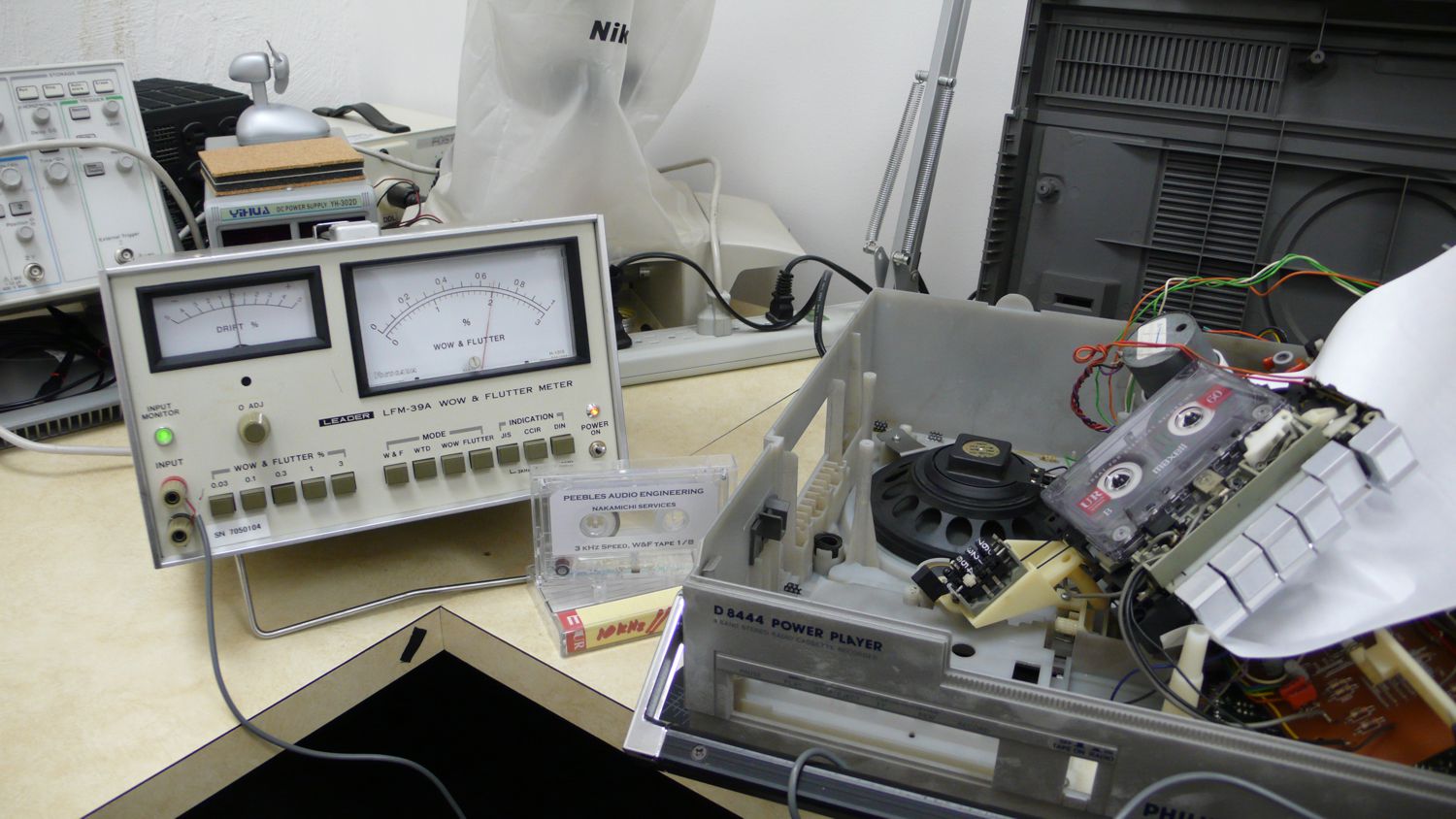 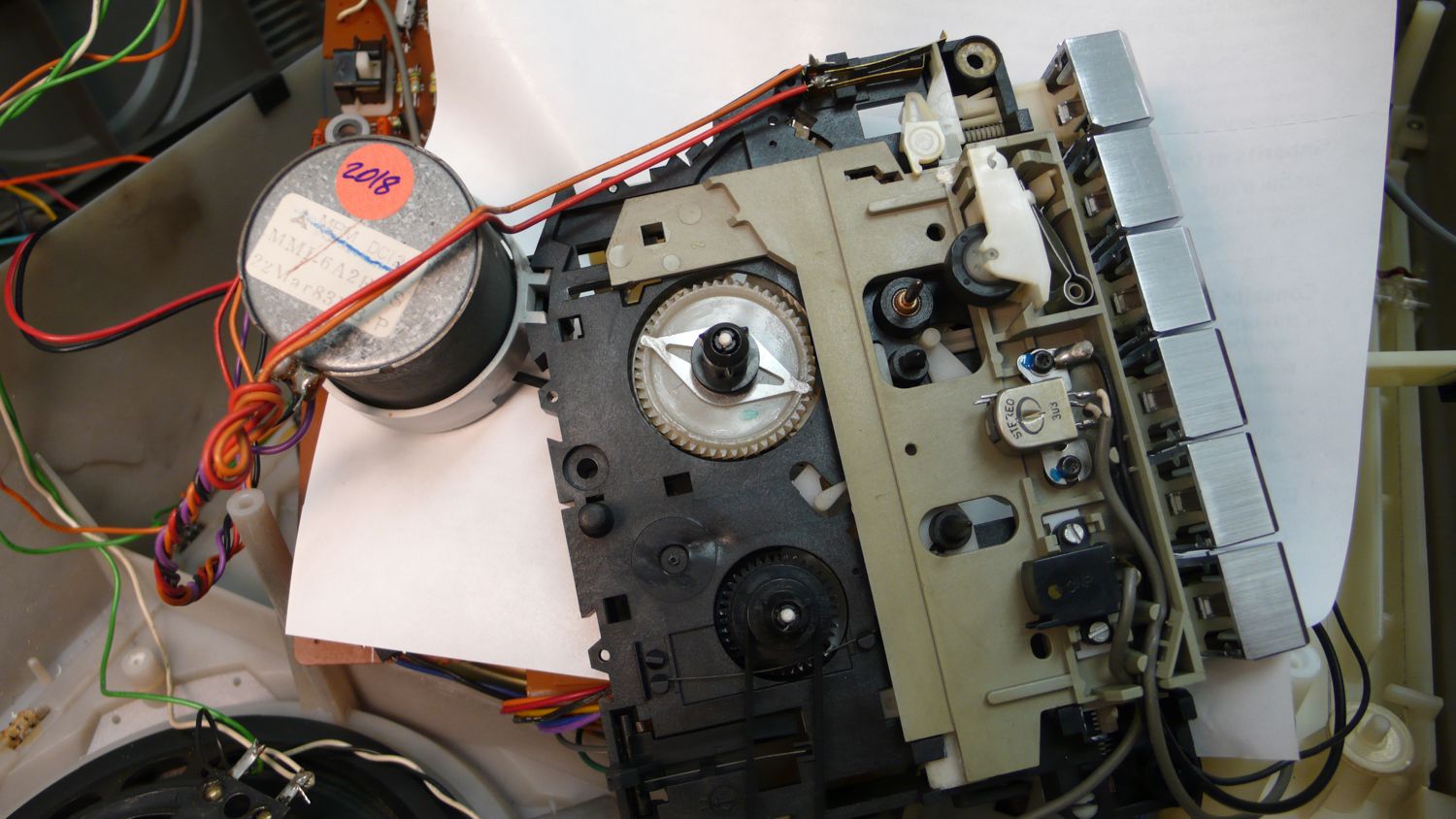 At this happy moment (but this once, thankfully, just before everything was screwed back together) it started “chewing” tape.  Turns out, all this time pinchroller was seriously misshapen but did not reveal itself until this very last moment: 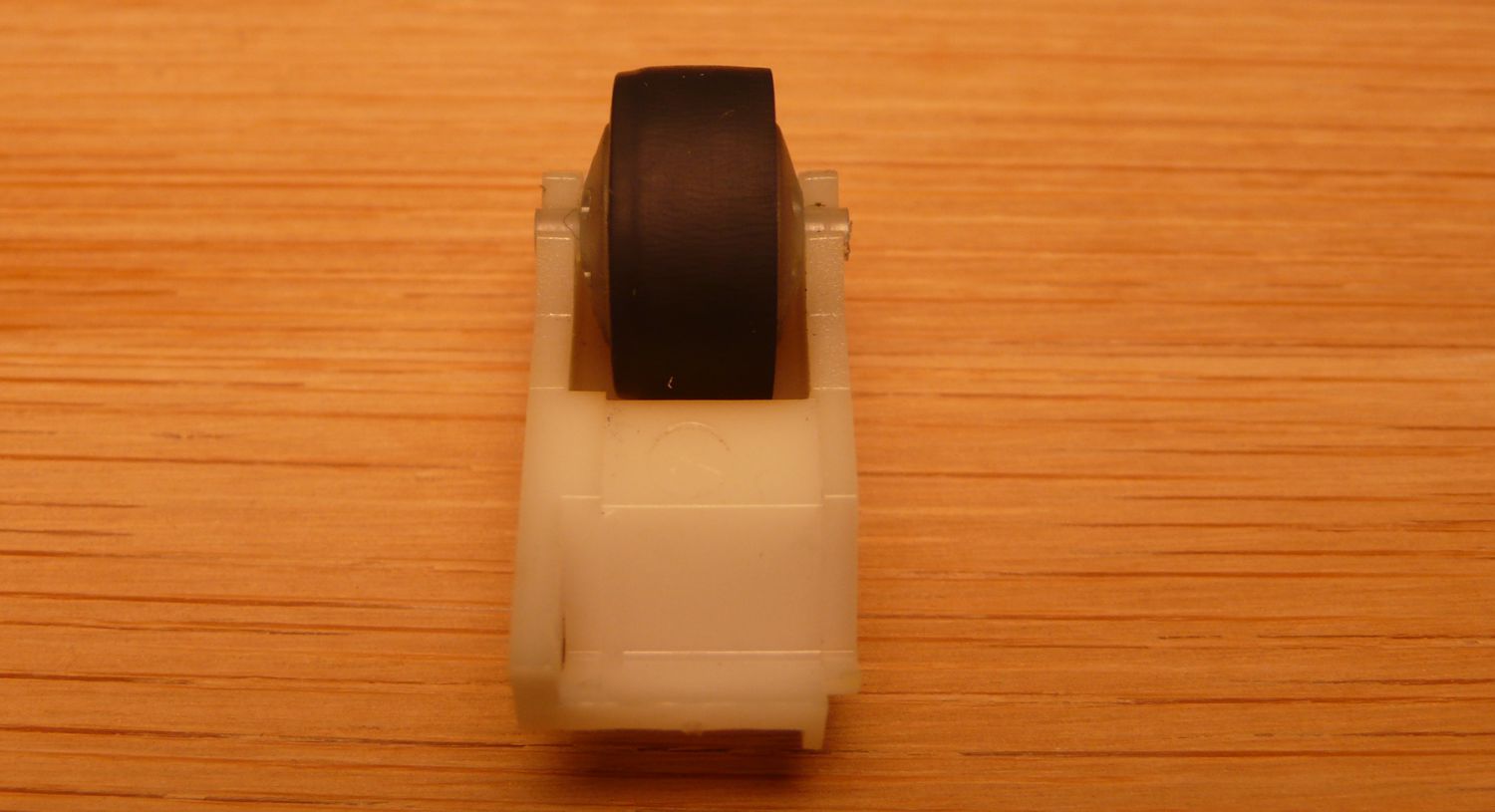 I just borrowed pinchroller from D7240, and D8444 got finally resurrected! 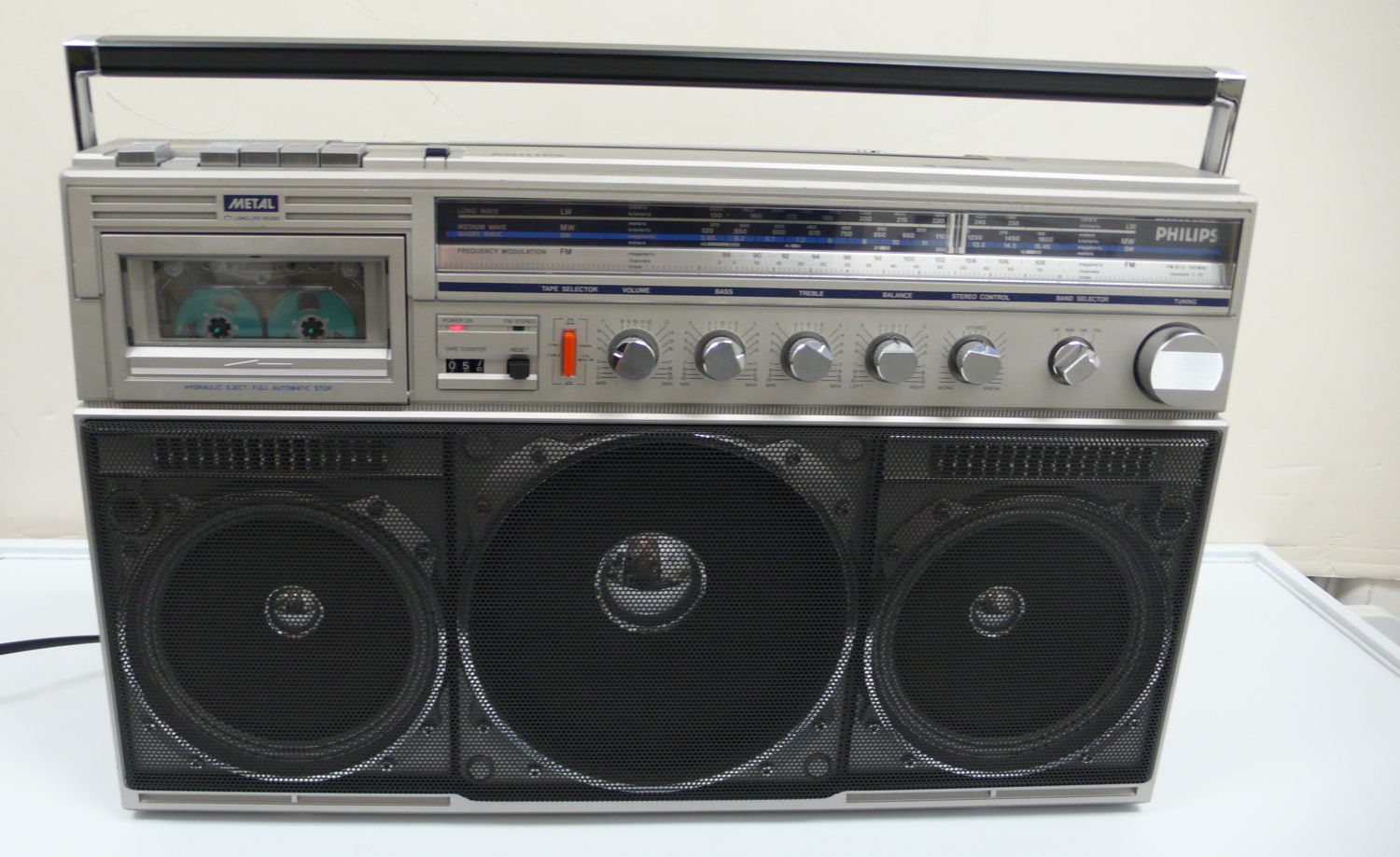